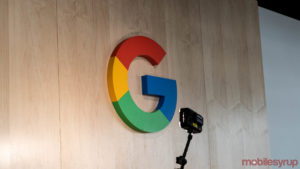 Google has postponed its planned unveiling of the Android 11 beta set for June 3rd.

Further, Google indicated it would share details about the rescheduled event “soon,” but didn’t provide a date.

We are excited to tell you more about Android 11, but now is not the time to celebrate. We are postponing the June 3rd event and beta release. We’ll be back with more on Android 11, soon.

Although Google didn’t explicitly say why it was postponing the Android 11 feature announcement, it’s likely related to the ongoing protests and conflict across many U.S. cities. According to The Verge, the response to the death of George Floyd in Minnesota has reached far beyond the city of Minneapolis. For example, the San Francisco Bay area in California, where Google and most of its employees are located, has also seen major conflicts in both San Jose and Oakland.

Other protests against the use of excessive force by law enforcement have started around the U.S., including in Denver, Los Angeles, Louisville and Columbus. The protests as well as the government’s response have both become incredibly serious as both sides continue to escalate. Several of the protests have lead to looting and burning buildings. The U.S. federal government has flown an unarmed predator drone over Minneapolis. Twitter hid a tweet from President Trump for “glorifying violence,” part of an escalating feud between Trump and internet companies that lead to an executive order that could fundamentally change the nature of the internet if it survives court challenges.

Considering all that is happening in the U.S. now, Google likely realized few people would be in the mood to get excited about new features in Android. Not to mention that delaying the launch is simply the right thing to do.

Source: Google Via: The Verge