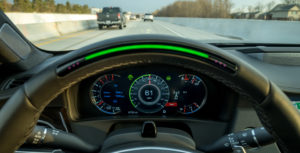 GM has announced that a team of its developers is working on bringing the company’s highway-only ‘Super Cruise’ assisted driving to regular city streets.

Super Cruise has been highly rated as a driving assistance program since it released in 2017. GM expanded the lineup of cars that support the feature since then, but this will be the first significant update to the system in a while.

Internally, the company is calling the new feature ‘Ultra Cruise,’ according to GM’s vice president of global product development Doug Parks, in an interview with Autoblog. Its main goal is to allow people to use hands-free driving in the suburbs and on city streets.

Park noted that this won’t be a 100 percent fully autonomous system since drivers will still need to keep their eyes on the road.

There was no mention of a timeline as to when this feature might release, but when it does, it should provide a foil to Tesla’s popular Autopilot system.

GM recently upgraded Super Crusie with better speed and steering controls that will start to be introduced to some 2021 models of its cars, so it’s unclear if Ultra Cruise will eventually come to every Super Cruise-enabled car or just specific vehicles with compatible hardware.