Bonus data included in some Chatr plans until June 1 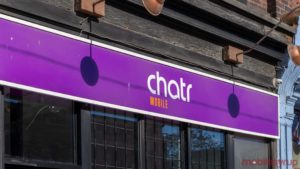 The deal is only in place until June 1st, and you only get the free bonus data for your first year of service.

There isn’t much else to it than that, but if you were looking for a cheap plan with only a little bit of data for someone, this is a pretty good offer since every month, they’ll get an extra 500MB.

One thing you do need to be aware of is that while you might be on LTE networks with Chatr, your uploads and downloads are throttled to 3G equivalent speeds.  You can keep using your phone after you go over your data, but your speed will be throttled even further.

Both of these plans also include unlimited Canada-wide talk, unlimited texting and voicemail.

You can find out more about the deal on Chatr’s website.

The post Bonus data included in some Chatr plans until June 1 appeared first on MobileSyrup.