Adobe pushing its own apps through the Android Share sheet 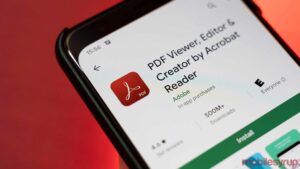 Adobe is using a new tactic on Android to get more people to install its mobile productivity and creative apps.

It’s being reported that some Adobe apps are advertising other uninstalled Adobe apps in the Android share menu.

For example, if you had the Adobe Acrobat Reader app and you wanted to share a file from it to someone else, your share menu might pop up with links to download other Adobe apps from the Google Play Store.

Microsoft has been caught doing this before with its Office apps, but thankfully the Remond-based company decided to scrap that type of ad.

While it’s not forcing people to use its apps, this tactic is a little heavy-handed, so here’s hoping this test gets rolled back before it gets rolled out widely. So far, none of the apps on my phone seem to have this new feature, so Android Police’s theory that this is just a test that some users have seems to ring true.