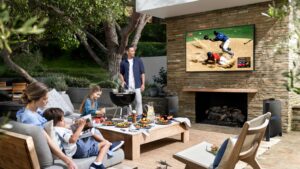 Have you ever been sitting in your backyard enjoying the sunshine and nature and thought to yourself, “you know what’s missing from this serene setting? A TV.”

If your answer to the above question is a resounding “yes,” then Samsung has your back — as long as you have an extra $5,000 to $9,000 CAD sitting around. The new outdoor televisions are part of Samsung’s ‘The Terrace’ line of TVs. This marks the first time the South Korean tech giant has released a television designed to be used outdoors. Along with the new TV line, the company is also releasing an accompanying outdoor soundbar.

All three televisions feature QLED 4K panels designed to increase visibility in a variety of conditions, including broad daylight thanks to their anti-reflection and adaptive picture technology that analyzes the TVs’ surroundings to minimize unwanted glare. The TVs are also water and dust resistant, so they don’t need to be moved inside when you’re not using them, feature Samsung’s Smart TV platform and include voice services like Bixby and Alexa, with Google Assistant launching soon. In fact, Samsung’s PR photos even feature an image of a young boy spraying the TV with a hose, which doesn’t seem like a good idea regardless of how waterproof The Terrace televisions are. 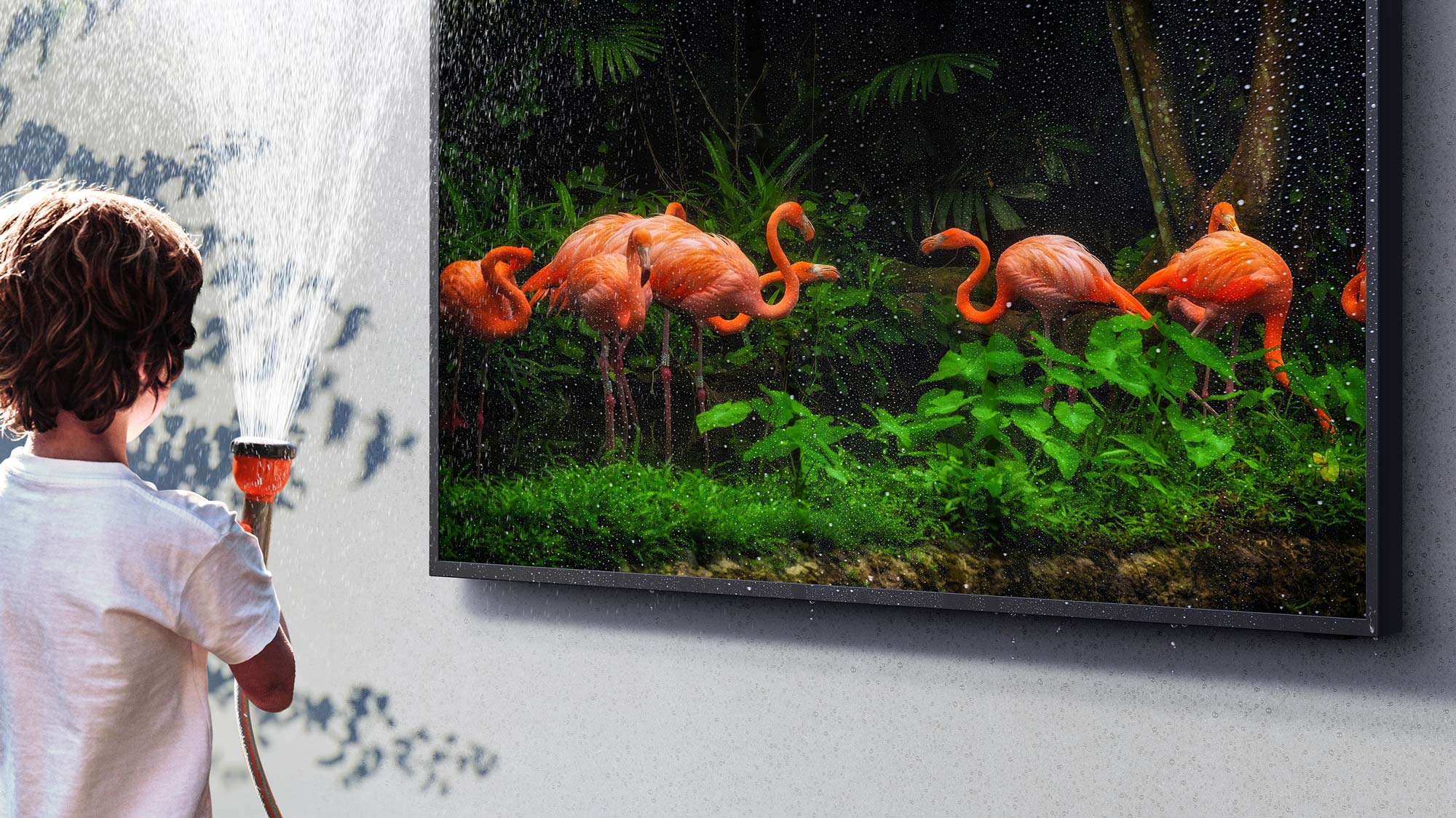 Below are all of the new The Terrace TVs:

Samsung says that its The Terrace televisions will be available at select Canadian retailers starting in June 2020.

Even with the ridiculous cost of the televisions aside, I live in a tiny townhouse with a very small backyard. I can’t even think of a location where I would put a TV like this. That said, Samsung’s ‘The Terrace’ TVs aren’t for those without significant expendable income and gated community mansions.

Of course, it makes more sense for a bar or restaurant to purchase a The Terrace television to be used on a patio, but that doesn’t seem to be how Samsung is positioning the TV.