Netflix will cancel the memberships of inactive subscribers after two years 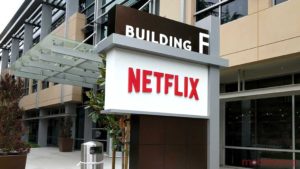 Streaming giant Netflix is doing something pretty good for its inactive customers.

The platform will now ask customers who have not watched anything on Netflix for a year since they joined the platform to confirm if they want to keep their membership. This is especially helpful for customers who made their accounts and forgot about it — and something that I wished gyms did.

Netflix is also doing the same thing for anyone who has remained inactive for more than two years. Further, subscribers will receive emails or in-app notifications this week. And for those who don’t confirm they want to cancel the subscription, Netflix will automatically cancel it.

Further, Netflix says these inactive accounts represent only a few hundred thousand viewers, which is less than half of one percent of the company’s subscriber base.

Netflix is also making it easy to rejoin the platform. Anyone who cancels their account and then rejoins within ten months will still have their profiles, viewing preference and other account details.

The post Netflix will cancel the memberships of inactive subscribers after two years appeared first on MobileSyrup.