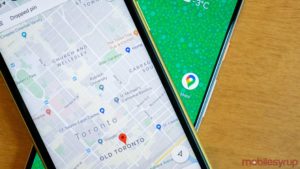 Google Maps is about to get a little more accessible for users of the map app with disabilities.

The search engine company introduced a new feature to make it easier to see whether a location is wheelchair-accessible.

In addition, the app showcases if a location has accessible seating, washrooms or parking.

Toggle the new feature within the Google Maps settings. Accessible Places will be included in the latest Google Maps update for Android and iOS devices.

Google has opened up an option for iOS users to contribute to accessibility location information. The plan is to roll it out next week, but for now, Accessible Places rolled out starting Thursday.

Users in the U.S., Australia, Japan and the UK currently have access to the feature, with availability in other countries like Canada set to come soon.