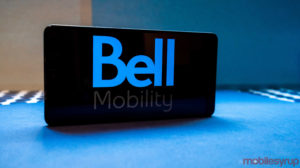 Bell has announced plans to bring high-speed internet to 18 unserved regions of Quebec.

In partnership with the Quebec government’s Régions branchées program, this project will see about 7,000 homes, businesses and organizations receiving the all-fibre internet.

In a press release, Karine Moses, Bell’s vice chair Quebec, says access to high-speed broadband connections is “providing so critical” in the response to the COVID-19 pandemic. However, a specific window for this high-speed internet rollout was not mentioned.

Recently, Bell began accelerating its Wireless Home Internet (WHI) service rollout in rural communities across Canada in response to the pandemic. This provides internet speeds of up to 25 Mbps per second to approximately 137,000 more homes than originally anticipated, according to Bell. Overall, the company says WHI is expected to cover approximately one million homes in Québec, Ontario, Atlantic Canada and Manitoba.