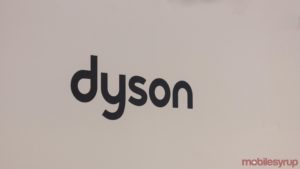 Dyson, which is famous for its vacuums and fans, has started producing the ‘CoVent’ to aid healthcare workers as they treat COVID-19 patients.

The illness, which results in respiratory problems, has led to a shortage of ventilators in countries that have been highly impacted by the virus. To address the shortage, Dyson developed the ventilator in 10 days by using its current digital motor technology.

“This new device can be manufactured quickly, efficiently and at volume,” a note sent out out to Dyson employees that was obtained by CNN reads.

The company has already received an order of 10,000 ventilators from the U.K. government after it cited a severe need. Dyson has said that it is donating 5,000 ventilators internationally, 1,000 of which are going to the U.K.

It notes that the ventilators could be ready to be shipped in early April, as it is getting ready to begin mass production.

Dyson isn’t the only manufacturer shifting out of its normal operation to produce ventilators, as Ford, Tesla and General Motors have all said that they will aid the shortage.

Source: CNN Via: The Verge