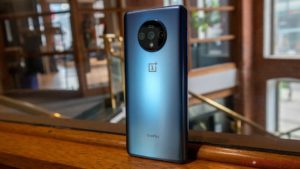 We’ve previously seen spec-related leaks for the upcoming phones leading up to the devices’ possible April 15th reveal date. That said, the reveal date is also based on a leak, so we don’t know if it’s even legitimate.

The new leaks are as follows:

The main difference between these rumoured specs and previous leaks is the camera options. For instance, the last time we wrote about a OnePlus 8 leak, the back of the upcoming device was reportedly set only to feature three cameras

Further, this leak only references the OnePlus 8 and OnePlus 8 Pro, yet earlier rumours suggested the company could have plans also to release a OnePlus 8 Lite.

We’ll likely learn more about the OnePlus 8 series in the coming weeks.