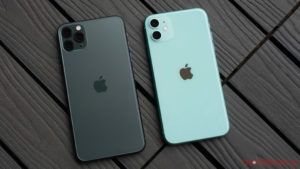 Similar to several other tech giants, the COVID-19 pandemic is having a significant effect on Apple’s plans to release its new iPhones in late 2020.

The company is currently considering delaying the release of the iPhone 12 “by months,” according to Japanese publication Nikkei, which spoke to sources that reportedly have knowledge of Apple’s plans.

Apple is concerned that -given the majority of its stores around the world are closed, its next flagship smartphone would not sell as well as expected. There are also reportedly concerns related to “practical hurdles” in Apple’s supply chain.

A final decision won’t be made until May, according to Nikkei‘s sources. The publication goes on to say the engineering development of the 2020 iPhone series has suffered because of travel restrictions around the world. Suppliers believe that due to where Apple currently is in the smartphone’s engineering process with its 2020 iPhones, a delay is looming.

Below is an excerpt from Nikkei’s report.

“We have been notified to start shipping in big volumes to meet Apple’s new product launch by the end of August, instead of like in previous years, when it would be sometime in June,” said a supplier of components related to printed circuit boards. “The change was made very recently, and that could imply that the mass production of the phone could also be delayed for months.”

The iPhone 12 is expected to feature 5G for the first time — which won’t mean much in Canada given the limited availability of the next-generation of network technology — a faster A14 processor and a new 3D camera system similar to the liDAR sensor included in the iPad Pro (2020).