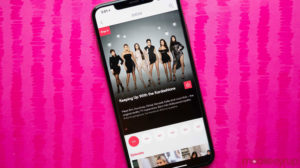 Everyone knows about Netflix, Crave and Amazon Prime Video, but Canada also has other video streaming platforms for those who are fans of niche content.

For example, NBC Universal’s Hayu is a reality TV subscription streaming service that gets new series monthly, as well as continuing series weekly.

Here’s what’s going on this month: