Animal Crossing: New Horizons tips I wish I knew when I started 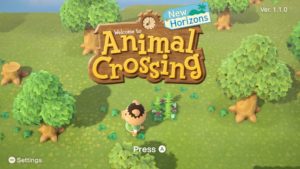 If you’re stuck inside with nothing to do and you’ve been thinking about getting into Animal Crossing: New Horizons for the Nintendo Switch, you’re in luck because this guide should help you breeze through the first few days of the game.

Animal Crossing is a slow-paced title that takes time to reveal itself to you, but if you give into its relaxing charm, it offers a delightful experience. That said, if things aren’t progressing at a decent rate because you haven’t done the right in-game objective, it can be frustrating.

Once you get through the game’s intro portion, you’re presented with a few things to do. You’ll need to gather 5,000 Nook Miles to pay off your home, donate five bugs/fish to Tom Nook, and you’ll need to start learning to craft.

Paying off your debt is the easiest portion of all of this since you gain Nook Miles very quickly during the first few days of the game. Just go through and take care of the easy tasks like editing your passport and taking a picture to gain some fast Miles, and then by the time you start learning to craft, you’ll earn even more.

You can’t craft until you talk to Tom Nook and take his ‘Crafting workshop.’ Do this as fast as you can because it unlocks tools. Tom Nook is the conduit through which you advance all of your character enhancements — this is a good thing to remember whenever you’re feeling stuck.

As soon as you’re able to, buy the better DIY tools recipe from the Nook Miles machine in the Resident Services area. These tools last much longer than the ‘Flimsy’ tools. 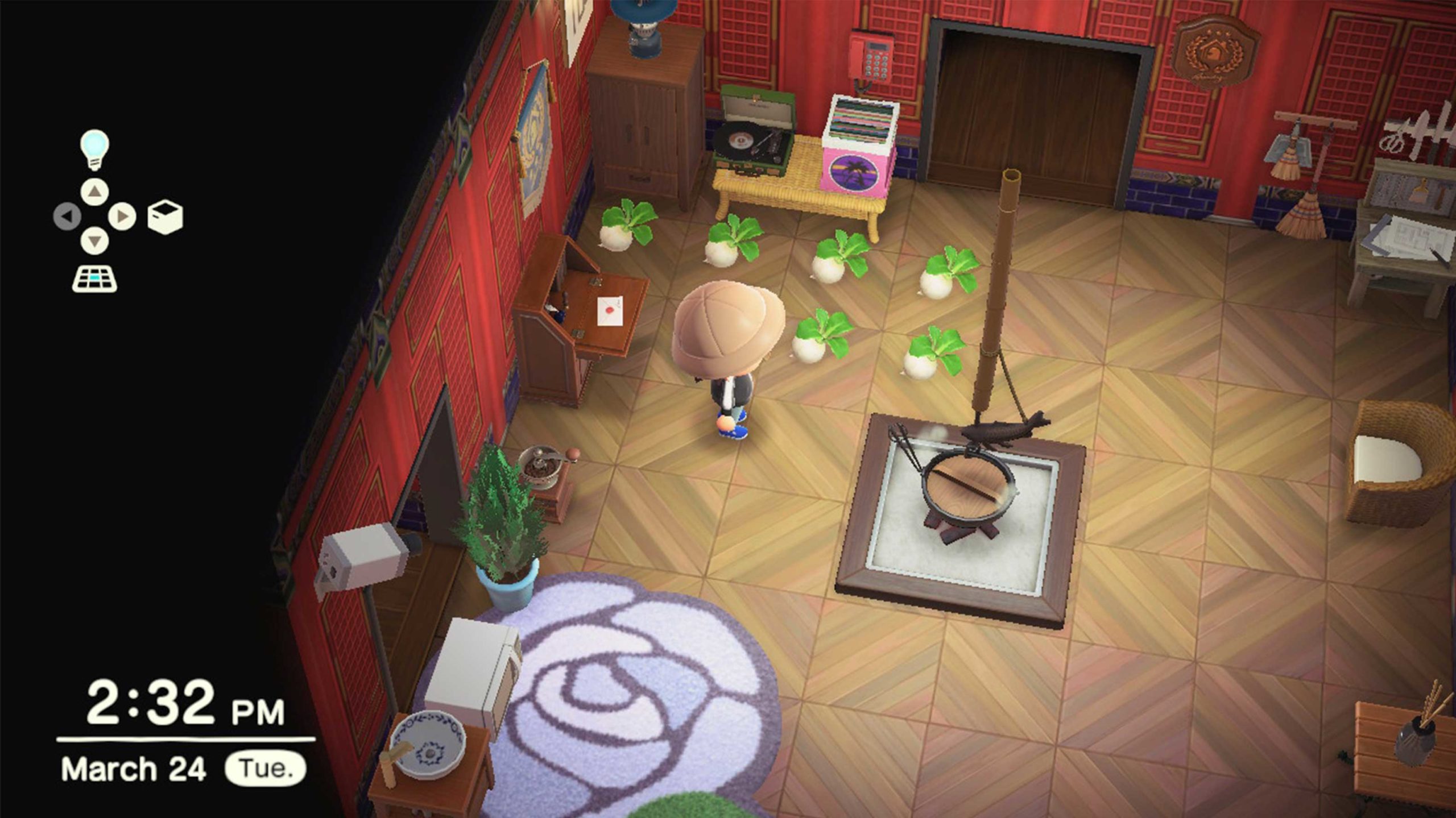 As soon as you get a Stone Axe or a shovel, you should start hitting rocks for Iron — you’ll need it to build Timmy and Tommy’s shop later.

One aspect to the game that I completely missed the first time I played was that you need to donate five creatures to Tom Nook within the first few days. Once you do this, Nook invites Blathers to the island to begin your quest for the museum. Notably, the player also gets the pole vault and the ladder tools from Blathers as well, making this something you want to do as early as possible.

After you’ve done all this, Tom Nook will have another workshop that teaches you how to customize furniture and tools. This is useful and opens up a lot of new furniture variants and the ability to add custom designs to some of your furniture.

The final task from Tom Nook sets players with preparing a K.K. Slider concert. While the show is fun, the real prize to the player is the ability to build inclines, bridges, paths and sculpt the shape of the island by placing cliffs, water and altering the ground.

Below is a rough outline for what to do for the first few days. You don’t need to accomplish these tasks right away, but if you want to unlock all of the game’s player upgrades as quickly as possible, you’re going to be doing a lot of work for Tom Nook.

Make a slingshot and always have it on you — Presents float around the sky frequently and drop items like furniture and money, so they’re valuable to shoot down. To get a present, hold your slingshot and stand beneath the floating present and press ‘A’ to shoot. If you listen closely, you can hear presents before you see them. In the game, they sound like a very loud gust of wind.

Flick and C.J. can make critter catching intense — Two new characters, Flick and C.J., will buy your bugs and fish, respectively, for more money than the regular shop. These two creatures are also rumoured to host the game’s fishing tournament and the Bug-Off. If you just see C.J. walking around your island, he will challenge you to catch three fish of the same size-range in a row. You can also give Flick or C.J. three bugs or fish and they will be made into a little statue you can place somewhere.

Tarantula island strategy — You may have heard that sometimes when you go to the Nook Miles Island, it will be filled with nothing but unlimited tarantulas. Depending on how you look at this, it can either be terrible or amazing. Some players online are reporting that you can dig a moat of holes around yourself and catch the spiders easily.

Understanding the turnip market — If you play this game before noon on Sundays, you’ll meet a girl named Dasiy Mae wandering around the island. She sells turnips, which are the main form of currency traded on the ‘Stalk Market.’ The goal is to buy cheap turnips from Dasiy on your island or a friend’s island and then sell them to Timmy and Tommy Nook for a higher price later in the week. The shop’s price changes at midnight and noon each day, so you have two opportunities to sell. Take note: you can only store turnips for a week before they go bad.

Money Trees are back — Every day you’ll see a small golden light coming out of the ground. If you dig this up, it’s usually 1,000 Bells, but if you replant that money, it will triple in a few days and grow into a money tree.

Keep your net in your hands at night — You might stumble across a tarantula, so you always need to be prepared to try and catch one before it bites you. This rule also applies when you’re shaking trees since they often drop beehives. You’ll need to swing your net immediately to catch the bees before they sting you. 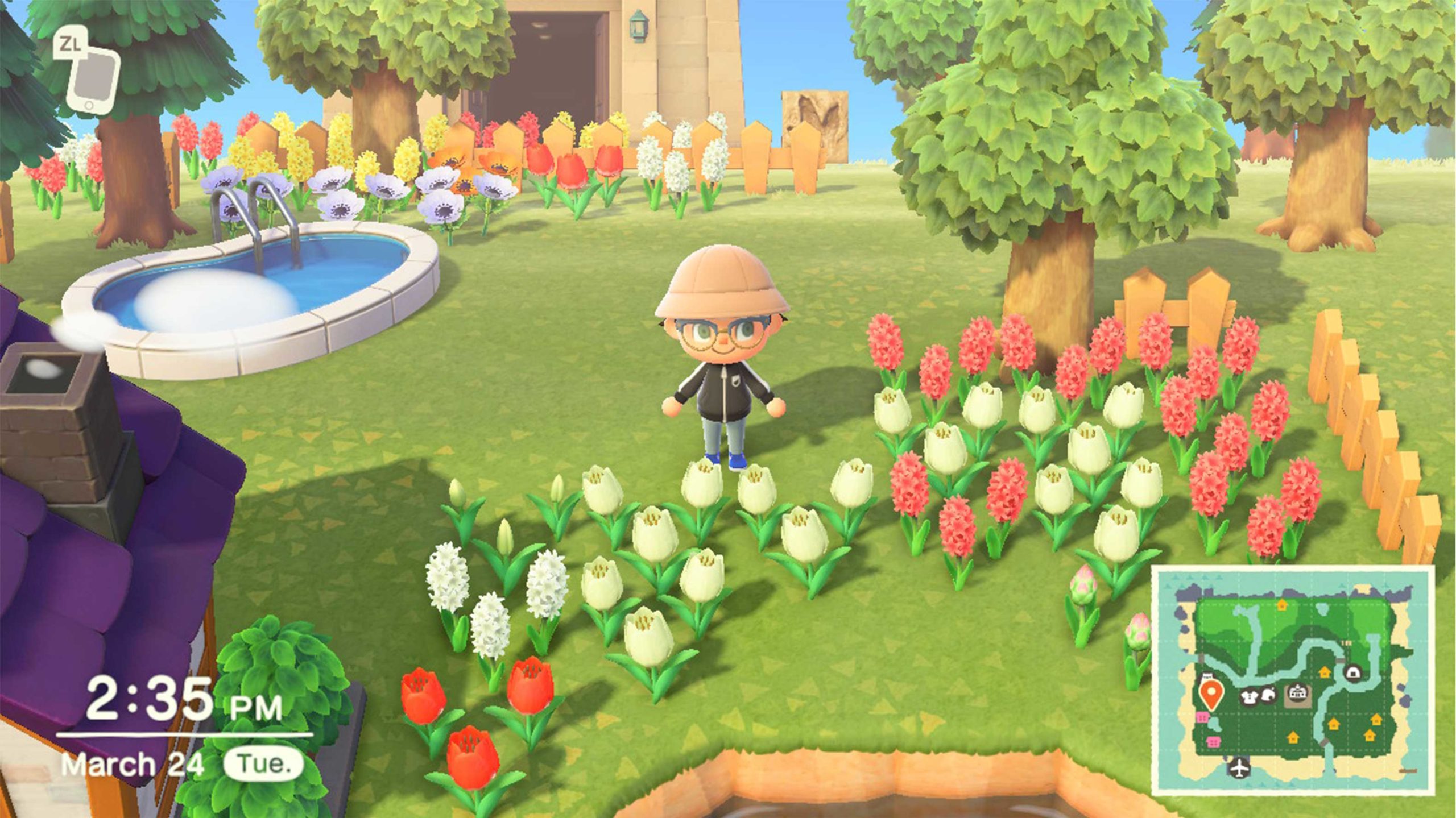 There’s more to flowers than meets the eye — If you grow flowers of the same type but different colours within one space of each other, there’s a chance they’ll sprout a rare coloured variant between them.

How to upgrade the shop — While the game hasn’t been out long enough yet to confirm this, in older titles Nook’s Cranny upgrades into a larger store as players spend money and sell resources there. For these reasons, it’s always nice to buy at least one piece of furniture per day to chip away at this goal.

Things to buy with your Nook Miles 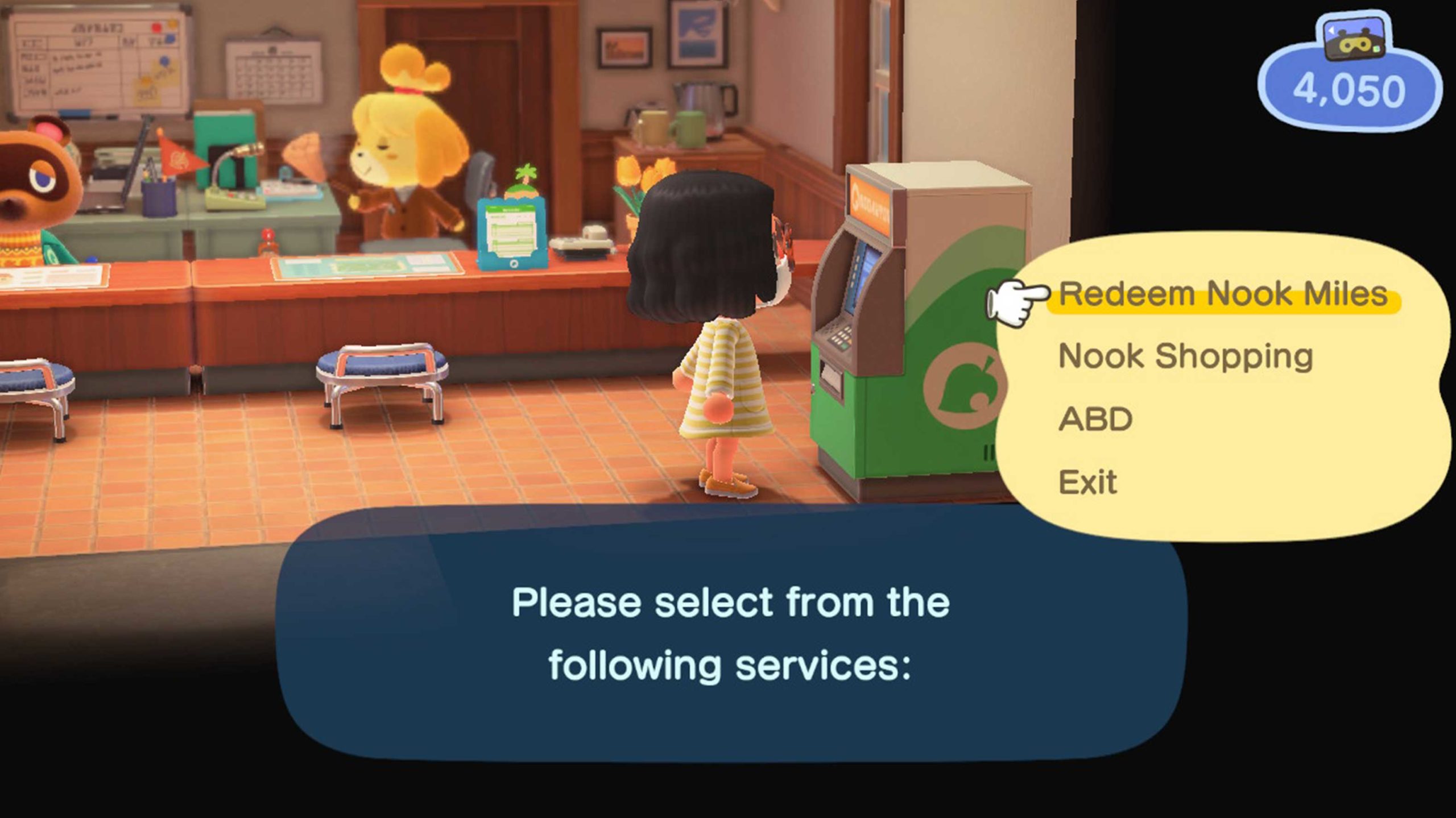 Nook Miles can get you a lot of early game upgrades, but you’ll need to decide what you want to buy first.

Tool Wheel — This helpful feature is cheap, but it makes swapping between your tools a lot easier, especially if you’re carrying everything.

Pocket Organization Guide — This adds 10 more spaces to your inventory. Once you upgrade the Resident Services tent, you’ll even have the option to add another 10 spaces for a total of 40 spaces.

Pro Design Editor — This add-on for the design app on your phone lets you create custom clothes including hats, coats, shirts, dresses and more.

The post Animal Crossing: New Horizons tips I wish I knew when I started appeared first on MobileSyrup.