Sony is struggling with PlayStation 5 price due to costly parts: report 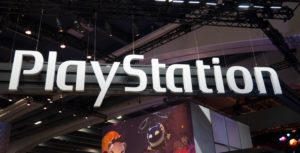 Sony is having difficulty in settling on a price for the PlayStation 5 due to expensive components, according to a new report from Bloomberg.

Specifically, Bloomberg reports that DRAM and NAND flash memory parts are the parts that Sony needs, but they’re in short supply due to high demand from smartphone manufacturers. Further, Bloomberg notes that Sony is paying an “unusually expensive” amount per PS5 cooling unit to ensure that they don’t overheat.

According to Bloomberg, the cost to manufacture each PS5 is estimated to be $450 USD (about $596 CAD). For context, the the PS4 cost roughly $381 USD to make, compared to its $399 USD selling price. It’s worth noting that Sony sold the PS4 for $399 CAD, regardless of differences between the Canadian and U.S. dollars.

With all that said, it’s difficult to extrapolate the PlayStation 5’s selling price from the reported manufacturing cost. Consoles are often sold for little profit, with some even being sold at a loss. For years, this was the case with the PlayStation 3. It’s still unclear whether Sony is preparing to sell the PS5 at a loss to keep the price lower for consumers.

While Sony hasn’t spoken much about the PS5 so far, the company did state in a recent earnings call that determining a price for the console is a “balancing act.” To that point, CFO Hiroki Toroki noted that the company is looking at several factors, including how Microsoft will price its own next-gen console, the Xbox Series X.

Elsewhere in Bloomberg report was mention of a new PlayStation VR model, which the outlet says is currently in production. So far, Sony has simply confirmed that the PS5 will support the PS VR, although further details have yet to be confirmed. However, Bloomberg says the new VR headset is slated to launch sometime after the PS5’s holiday 2020 release.

The post Sony is struggling with PlayStation 5 price due to costly parts: report appeared first on MobileSyrup.