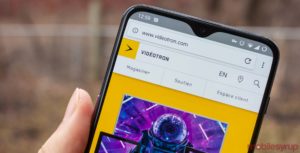 Pierre Péladeau, Quebecor’s president and CEO, alongside France Lauziere, the CEO of Vidéotron, and more execs, have an action plan to launch a fleet of electric vehicles in an effort to fight climate change.

According to the press release, Quebecor will bring its electrification plan to almost all of its 1,100 vehicles. The Montreal-based company has already done this to nearly 30 of its cars.

It plans to accomplish this goal by purchasing electric cars and converting light trucks from internal combustion to electric engines. The company says it will use Québec’s Ecotuned Automobile’s technology for the conversion process.

Quebecor will focus first on roughly 900 vehicles. Between 2020 and 2024, the company says it plans to spend more than $14 million CAD to transition 200 Vidéotron vehicles, purchase electric charging stations and upgrade infrastructure.

The press release says that achieving the 100 percent goal will reduce Quebecor’s greenhouse gas emissions by more than 50 percent, which is the “equivalent of 85,000 one-way trips by plane from Montreal to Toronto for one person.”

TVA, a subsidiary of Quebecor, plans to electrify about 60 mass-market vehicles within the five years. TVA Nouvelles will also reduce the number of its vehicles by 10 percent, and will still maintain its quality of news coverage across the province. This plan will require more than $3.5 million.

Lastly, Quebecor will become a member of Propulsion Québec, the province’s smart and electric transportation cluster.