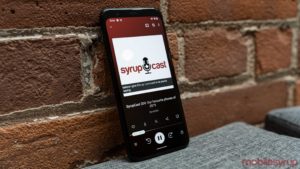 Google’s awesome Live Caption feature, which debuted alongside the Pixel 4 last year, is now available for Pixel 2 and 2 XL devices.

Live Caption, for the unfamiliar, is able to generate captions for all video and audio content on your phone. The crazy part is that it can do so entirely on-device, and doesn’t require an internet or data connection to do it.

Shortly after launching on the Pixel 4, Google brought the feature to the Pixel 3 series and the 3a line too. Now, it’s coming to the Pixel 2.

Some Redditors were able to activate it on their Pixel 2 devices by manually installing the latest Device Personalization Services APK update. Several users have chimed in on the Reddit post confirming that Live Caption now works on their Pixel 2 or 2 XL phones. Further, Android Police confirmed reports that the APK enables Live Caption.

Live Caption’s arrival on the Pixel 2 shouldn’t come as much of a surprise. XDA Developers was able to get it running on a Pixel 2 before the Pixel 4 launch. Knowing that the Pixel 2 was cable of running Live Caption made it a given that Google would eventually launch the feature. That said, Google hasn’t officially said anything about Live Caption’s arrival on the older Pixel phone. It’s possible that Google’s waiting for the rollout to near completion before it makes an announcement.

Regardless, Live Caption is here. If you use a Pixel 2 and want to try it out but haven’t received the update yet, you can always install it manually through an APK. You can find the needed files on the Reddit post here.