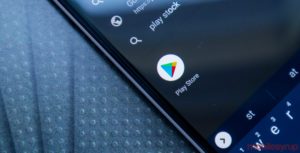 A Google spokesperson contacted Android Police to inform the publication that this is a new feature and not a bug.

Typically, users would get the update when they charge their phones overnight. Now users with auto-updates turned on will not get their updates anymore, even after plugging their device into a charger.

Users interested in seeing their recently updated apps can head to Play Store and check them out there.

Google didn’t explain why it got rid of the notifications, but it’s possible it just wanted to remove the clutter.

It’s unclear if Google is rolling out this feature to everyone or just certain users.