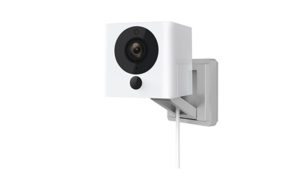 As a result, person detection has been removed from Wyze’s cameras. Below is a statement from the company, which says that it plans to create its own in-house version of the functionality.

Person Detection will be temporarily removed from Wyze Cam beginning with a new firmware release planned for mid-January 2020, due to the unexpected termination of our agreement with our AI provider. We are preparing to roll out our own in-house version of Person Detection this year, which will remain free for our users.

Neither Apple nor Xnor.ai have confirmed the deal, but GeekWire’s report indicates that the tech giant paid in the range of $200 million USD (about $260 million CAD) for the startup. Apple issued a standard PR response to CNBC when it asked about the acquisition.

“Apple buys smaller technology companies from time to time and we generally do not discuss our purpose or plans,” said Apple in a statement to CNBC.

Apple acquiring a smaller company to bolster its technology isn’t anything new. Back in May of 2019, Tim Cook, Apple’s CEO, stated that the tech giant has acquired between 20 and 25 companies over the past six months.

Wyze’s cameras are sold both on Amazon at Best Buy in Canada.