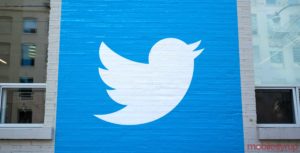 Twitter may be thinking about introducing a feature to let users tip each other and send money through tweets.

The Information has reported the possibility of the feature after it heard about it from sources that are familiar with the social media giant’s decisions.

This wouldn’t be a surprising move for Twitter considering that its CEO Jack Dorsey owns a mobile payments company called Square. Perhaps Dorsey is looking for a way to link up his two platforms.

Twitter may simply be in the thinking phase of the feature, as a spokesperson confirmed to The Information that the company isn’t currently developing a tipping feature.

It’s unclear what exactly the feature would be used for and why you’d want to tip someone on Twitter, but perhaps we’ll find out if the feature is ever released.