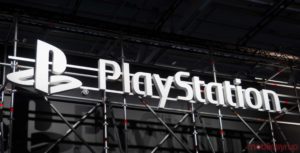 PlayStation fans, I’m sorry to say it, but it looks like the Japanese company is skipping E3 again this year.

The firm will ditch the gaming conference for the second year in a row, according to GamesIndustry.biz. Instead, Sony will attend a reported “hundreds” of consumer events to showcase games for the PlayStation 4 and the not-yet-revealed PlayStation 5.

“After thorough evaluation SIE has decided not to participate in E3 2020,” said a Sony Interactive Entertainment spokesperson to GamesIndustry.biz,  “We have great respect for the ESA as an organization, but we do not feel the vision of E3 2020 is the right venue for what we are focused on this year.”

Sony continued by saying the company will attend hundreds of events around the world in 2020 to make fans feel part of the “PlayStation family.” Additionally, it said that with its lineup of titles coming to PS4 and with the launch of the PS5, PlayStation is “looking forward to a year of celebration with our fans.”

Typically companies use E3 to share details about upcoming consoles before their official launch. Sony did this with the first E3 back in 1995 where the company revealed information regarding the U.S. launch of the original PlayStation, and also adopted a similar strategy in 2013 before the launch of the PS4. That said, Sony did hold an event in February of 2013 where the company revealed the PlayStation 4’s technical specs.

Given Sony is rumoured to have plans to reveal the PlayStation 5 at an event in February, it makes sense that the company doesn’t need to attend E3 this year. Sony is holding an event called ‘Experience PlayStation’ in New York City that’s taking place from January 16th to February 2020 that will allow fans to “Celebrate 25 Years of Play with a collection of titles on PS4 and PS VR”. With PlayStation skipping E3, it’s unclear if Sony plans to also hold a more traditional PlayStation Experience event again in 2020.

Sony previously confirmed that PS5 will be released during the holiday 2020.

The post PlayStation will reportedly ditch E3 for the second year in a row appeared first on MobileSyrup.