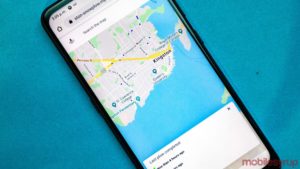 Bell and Kingston, Ontario have launched a website that allows residents to track how often the city’s streets are being plowed.

This isn’t the first city to do this in Canada. For instance, Toronto, Barrie, Montreal and many other cites have similar services.

Kingston’s service is only in testing at the moment, so it only shows plows on main roads. There’s also a bit of delay as to where the plow is so you can’t watch it in real-time.