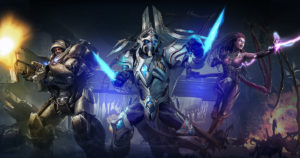 However, rather than respond to the reports, Shopify CEO Tobias Lutke took to Twitch to stream popular PC strategy game Starcraft II. During the stream, Lutke fielded questions unrelated to the acquisition rumours from both Shopify employees and fellow gamers. Altogether, more than 2,000 people tuned in.

Everyone deserves a day off.

Switched off and Twitched on for over 6 hours! Go @tobi!

CNBC notes that the two unnamed companies have a market valuation of more than $70 billion USD ($92.3 billion CAD). However, CNBC expects Shopify to remain independent.