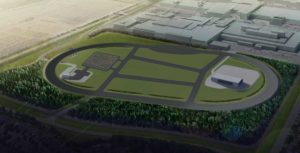 Automotive powerhouses like Ford, GM and Canada’s Linamar powertrain parts suppliers have all invested over a billion dollars into expanding their tech footprints in Canada.

A new report from Automotive News Canada has detailed how auto tech is starting to become a larger part of Ontario’s growing tech sector.

Two of the main reasons outlined in the report is Ontario’s proximity to Detroit and the Canadian government’s willingness to help.

Over the past two years, Ford has invested over $380 million USD ($496 million CAD) to build out its Oakville, Ottawa and Waterloo operations.

This May, GM invested $170 million CAD to transition its Oshawa assembly plant into an autonomous vehicle test track. This track is a support system for the company’s Canadian Technical Centres, specifically the ones in Markham and Oshawa.

Linamar, which is based in Guelph, Ontario, invested $506 million CAD in a partnership with the Ontario government to bring 1,200 jobs to the province within 10 years. This investment also includes an R&D component.

Driving Prosperity was released in February 2019 and focuses on using the province’s long history with the automotive sector and its new reputation as a technology hub to push the automotive tech sector forward.