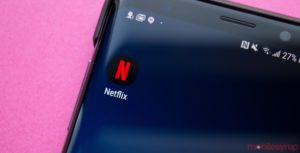 Netflix is testing an updated menu on Android that lets users have more control over their content playback.

As spotted by Android Police, a three-button menu has now replaced the information button on each piece of content on the homescreen. Tapping the new overflow button will bring up basic options to play, see other episodes, rate content and more.

There are some new options here, though. First is the ability to ‘Remove from Row,’ which takes titles out from the Continue Watching section. Further, a new button will let you shuffle between TV shows.

It’s unclear how widely Netflix is testing these features. As always, it’s important to note that testing of a feature doesn’t mean that it will end up officially rolling out to all users.