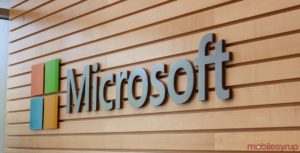 Microsoft has launched its Cyber Monday deals and has discounted the Surface Pro 7, Xbox One consoles and Xbox games.

The deals will be running until December 5th.

Here are the deals:

Microsoft is also offering a number of discounts on HP, Lenovo, Dell, ASUS and MSI laptops. The full list of PC deals can be found here.

Microsoft Store shoppers can get free shipping and extended returns throughout the holiday season, ending on January 31st.