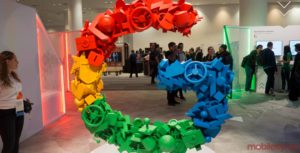 Antitrust regulators in the European Union are investigating Google’s data collection practices, according to a recent report from Reuters.

The regulators are looking to determine why and how Google is collecting data. The preliminary investigation into the tech giant is still ongoing. The main focus of the investigation will be related to local search services, online ad targeting services, login services, web browsers and other factors.

Over the last two years, the European Competition Commissioner has handed down fines totalling more than 8 billion euros (about 11 billion CAD) to Google and ordered it to change its business ways.

Google says it utilizes data to improve its services and states that users are able to manage, delete and transfer their data.

Since the commission previously found issues with Google’s business practices, it won’t be surprising if it does so again with its data collection practices.