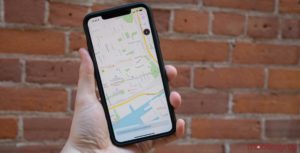 Apple has confirmed that it’s reviewing its Maps policies in the wake of a controversy surrounding its mapping of Crimea.

Earlier this week, the Cupertino, California-based tech giant began listing Crimea as part of Russia, which the BBC reported was due to pressure from Russian officials. However, Apple has been criticized by Ukranian officials for caving to Russian demands, especially since Crimea’s annexation from the Ukraine in 2014 has been widely condemned.

In response to the blowback, Apple has issued the following statement:

“We would like to clarify for our customers around the world that we have not made any changes to Apple Maps regarding Crimea outside of Russia, where a new law went into effect that required us to update the map within Russia. We review international law as well as relevant U.S. and other domestic laws before making a determination in labelling on our Maps and make changes if required by law. We are taking a deeper look at how we handle disputed borders in our services and may make changes in the future as a result. Our intention is to make sure our customers can enjoy using Maps and other Apple services, everywhere in the world.”

It’s unclear what — if any — changes may be made to Maps around the world, such as in Canada. However, Apple’s larger policy review undoubtedly has implications going forward about how places are listed in Maps.