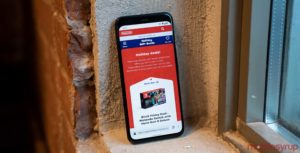 Nintendo has launched its Holiday Gift Guide highlighting deals on some of its products.

You can check out the offers below:

Most of the deals run from November 28th until December 2nd, but the 2DS XL deal runs until the 4th.

You can check out more of Nintendo’s Holiday Gift Guide on the company’s website. Along with the deals, the guide links to various retailers where you can purchase the items in the guide.