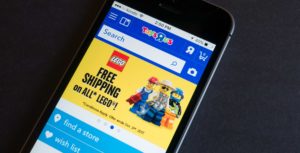 Black Friday 2019 is full of deals from a variety of retailers like Best Buy, Walmart and The Source, but the children-focused Toys R Us also has its own assortment of discounts.

The sales start on November 28th and end on December 4th. Check out the Toys R Us website for more deals.

Here are the upcoming tech-related Toys R Us Black Friday deals. These deals are in Canada prices.