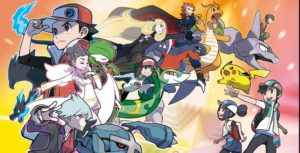 The real-time battling strategy title now includes three more chapters, which allows players to continue the game’s story and play up to Chapter 21.

After playing the new story, you can get access to the new Sync Pair Calum and the Pokémon Espurr.

Also, trainers now have the chance to partner with Torchic, the Fire-type starter from Pokémon Ruby and Pokémon Sapphire. Players can also pair the main character with another Pocket Monster other than Pikachu.

Lastly, there’s an upcoming in-game event called ‘The Story Continues! Special Rally’ that is available for a limited amount of time until November 27th at 12:59 ET/9:59 PT that rewards players with up to 2,000 gems.

Pokémon Masters is available for Android and iOS.

The post You can now partner with Torchic in Pokémon Masters and play up to chapter 21 appeared first on MobileSyrup.