Disney+ will come to Amazon Fire TV at launch after all 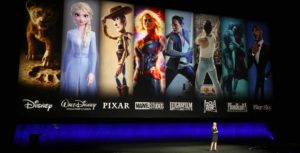 Amazon and Disney have reached a deal to bring Disney+ to Fire TVs at launch, following a period of uncertainty.

Last month, The WSJ reported that an ad dispute between Amazon and Disney would likely keep the latter’s video streaming service off Fire TV devices.

Now, though, Disney CEO Bob Iger has confirmed during an earnings interview with CNBC that Disney+ is coming to Fire TV after all.

In its original report, The WSJ noted that Amazon was pushing for the right to sell a significant percentage of ad space in Disney apps like ESPN+, Hulu and Disney+. However, Disney was said to be against that.

Iger didn’t mention if Disney agreed to Amazon’s terms or if some sort of compromise was made. Ultimately, though, Disney stands to benefit greatly from Amazon’s support, given that the Fire TV is one of the most popular streaming devices on the market. Altogether, the streaming device has more than 34 million users around the world, which will no doubt help Disney in growing its Disney+ audience.

Disney+ will launch in Canada on November 12th at a cost of $8.99 CAD/month or $89.99/year. The service will be supported by a variety of devices, including Android, iOS, Chromecast, Roku, PlayStation 4 and Xbox One.

The post Disney+ will come to Amazon Fire TV at launch after all appeared first on MobileSyrup.