Want to know where your food comes from? Your phone may soon find out 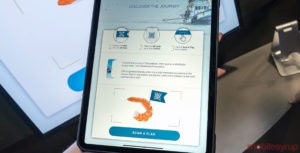 Mastercard has been working with partners to deploy a tracing system that will pinpoint the supply chain for food products by scanning special QR codes at grocery stores.

The plan is to enable supermarkets to not only better source foods to sell to customers, but to also deliver that information directly to them when shopping at those stores. MobileSyrup was on hand at the show to get the details on how it will actually work in practice. 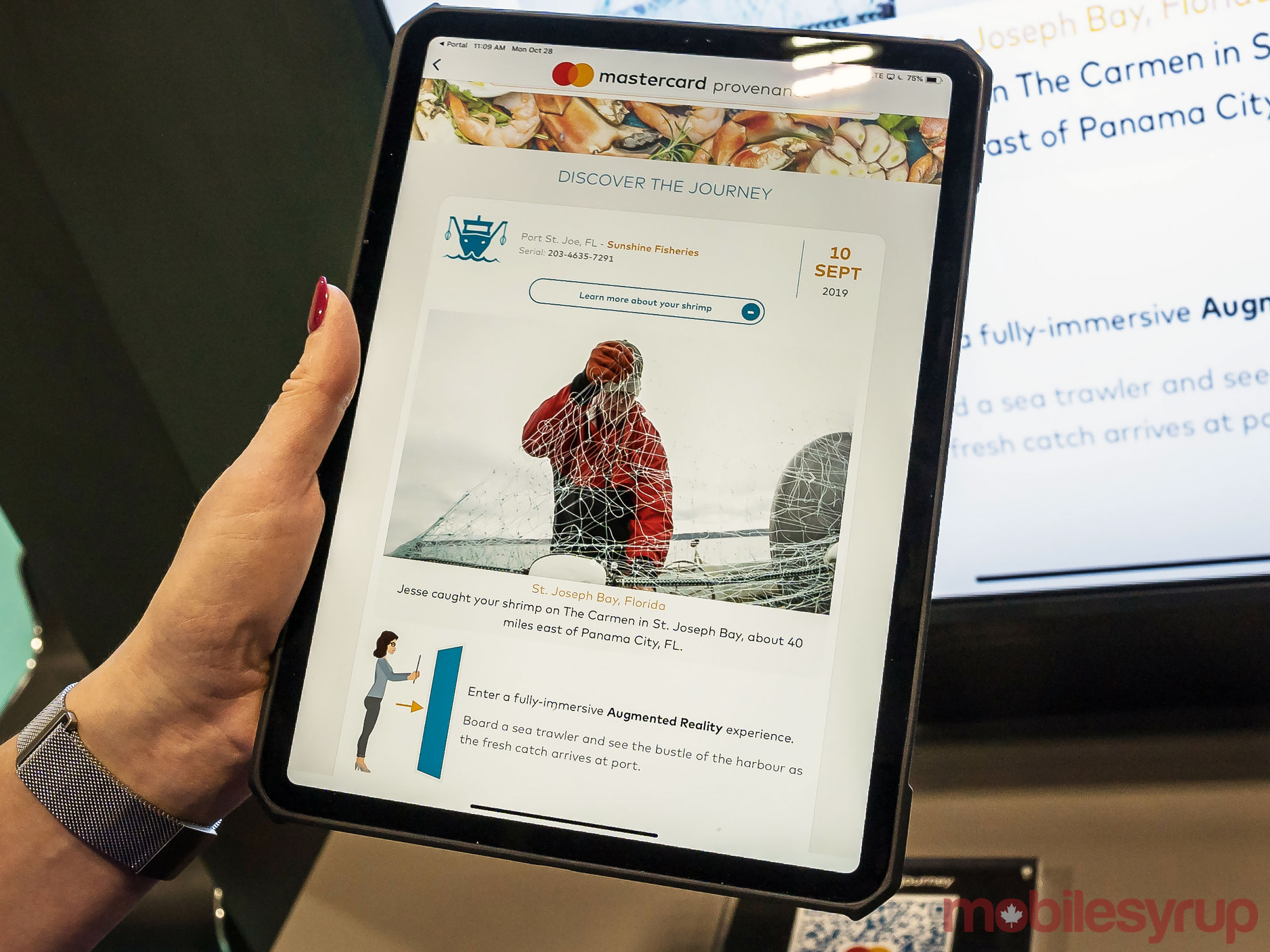 To start with, Wholechain will focus on seafood first, with a special emphasis on shrimp, cod and salmon, among other products. The goal is to ensure foods are ethically-sourced and follow environmental protection standards that are otherwise unassailable.

A report from Oceana, a marine conservation non-profit group, found that as much as 20 percent of seafood was mislabeled in the United States. SeaChoice, a Vancouver-based collaborative non-profit dedicated to preserving marine habitats and sustainable fishing practices, has been monitoring the country’s largest supermarkets for compliance.

In Canada, seafood businesses are supposed to properly label seafood to meet the Common Vision steps set by the Conservation Alliance for Seafood Solutions. In spite of that, a University of Guelph research study estimated that up to 40 percent of seafood could be mislabeled in Canada. The CBC has also covered the topic multiple times.

Much of the supply chain has been opaque to consumers, where they’ve taken the word of grocery stores, food markets and restaurants that the origins are true as they claim. With an exposed supply line, the hope is that customers will know what they’re buying directly on their smartphones, while producers can back up their claims with real data. 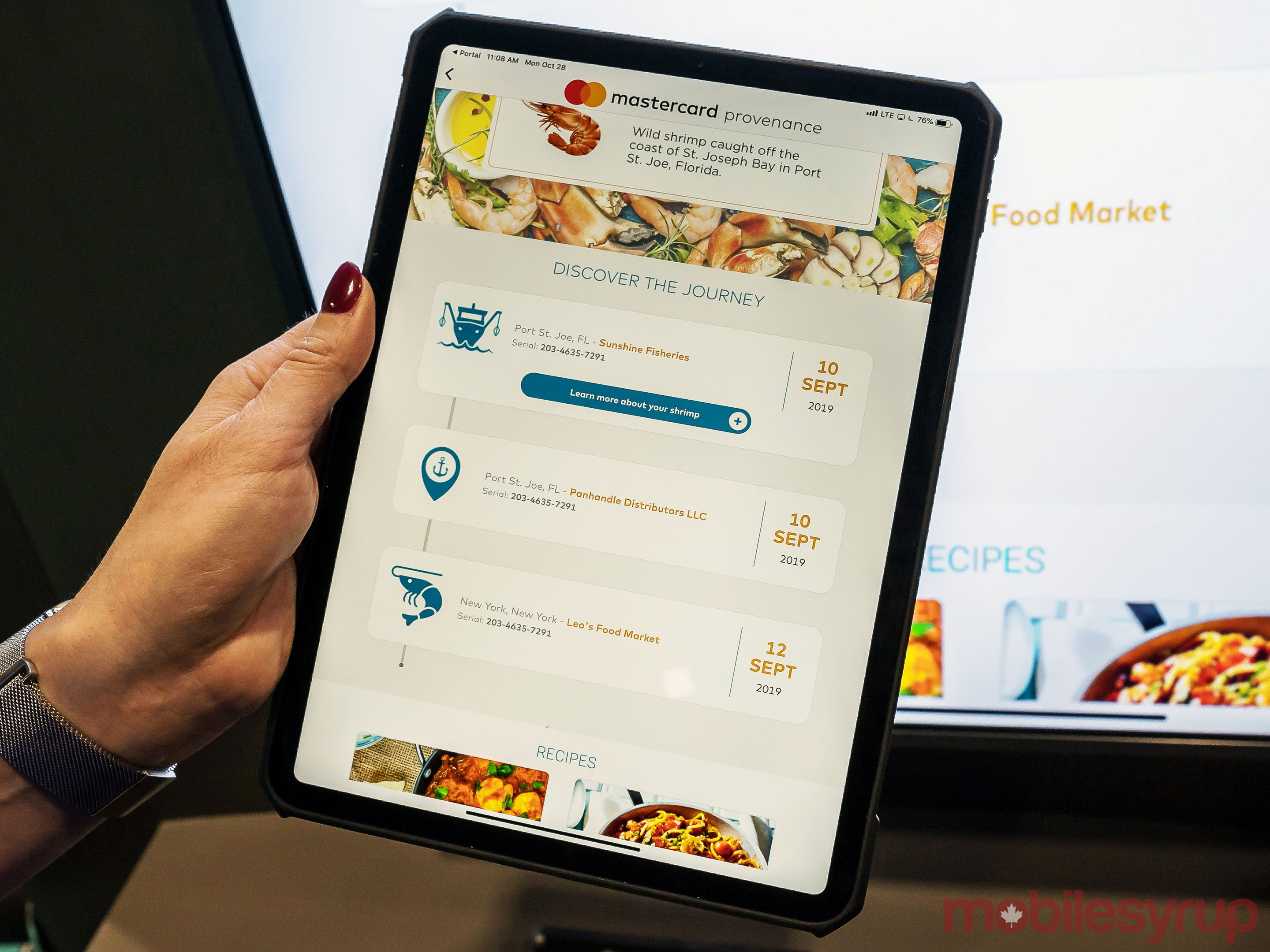 There are moving parts to how all this works, and the collaboration involved will indicate how quickly it moves. Deborah Barta, senior vice-president of innovation and startup engagement at Mastercard, describes the process this way.

“We are partnering with Envisible, where Wholechain coordinates the supply chain, bringing the data to our blockchain. They took our combined solution and sold it to Topco, which is the leading U.S. food cooperative with about 50 supermarkets, grocer distributors and pharmacies. They will roll it out first with Food City in Chattanooga, TN, with more locations to come after that,” she says.

With QR codes prominently displayed for a specific product, customers can scan it on an iPhone or Android device and see a digital trail pop up about its origins and production. It’s up to supply chains to decide how much of the story they want to tell. For example, a fishing business may offer the GPS coordinates of where it caught the seafood, including photos, whereas others may generalize the location without images.

There is also an augmented reality (AR) component to it in that you can move the phone around to see the boat or trawler as if you were on it. I saw this in action and, while it seemed a bit odd to do something like it in a retail setting, it is there as a confidence-building measure.

“That’s the consumer perspective, but when you’re looking at the blockchain perspective, we’re storing the essential information to guarantee full cryptographic immutability, meaning (government regulators and watchdogs) can audit the traceability of that item,” says Barta. “Where is the public misled more often? Any part of the chain could do it, like saying it was caught in the wild when it was farm-raised. Or it could be on the processing side when they use BPA-free, no preservatives and organic labels, yet pump chemicals to extend shelf life.”

But can suppliers, distributors or retailers still lie? While it may be too optimistic to call it bulletproof, the blockchain here is private, so participants have to be on the level to stay in what is otherwise a consensus consortium.

Barta admits this blockchain “can’t fight bad human behaviour,” though expects it will “shine a bright light with visibility from start to finish in a way that hasn’t been done before.” The results should push “bad actors” out of the way and into more vulnerable positions where they will have to explain why their products can’t be tracked. 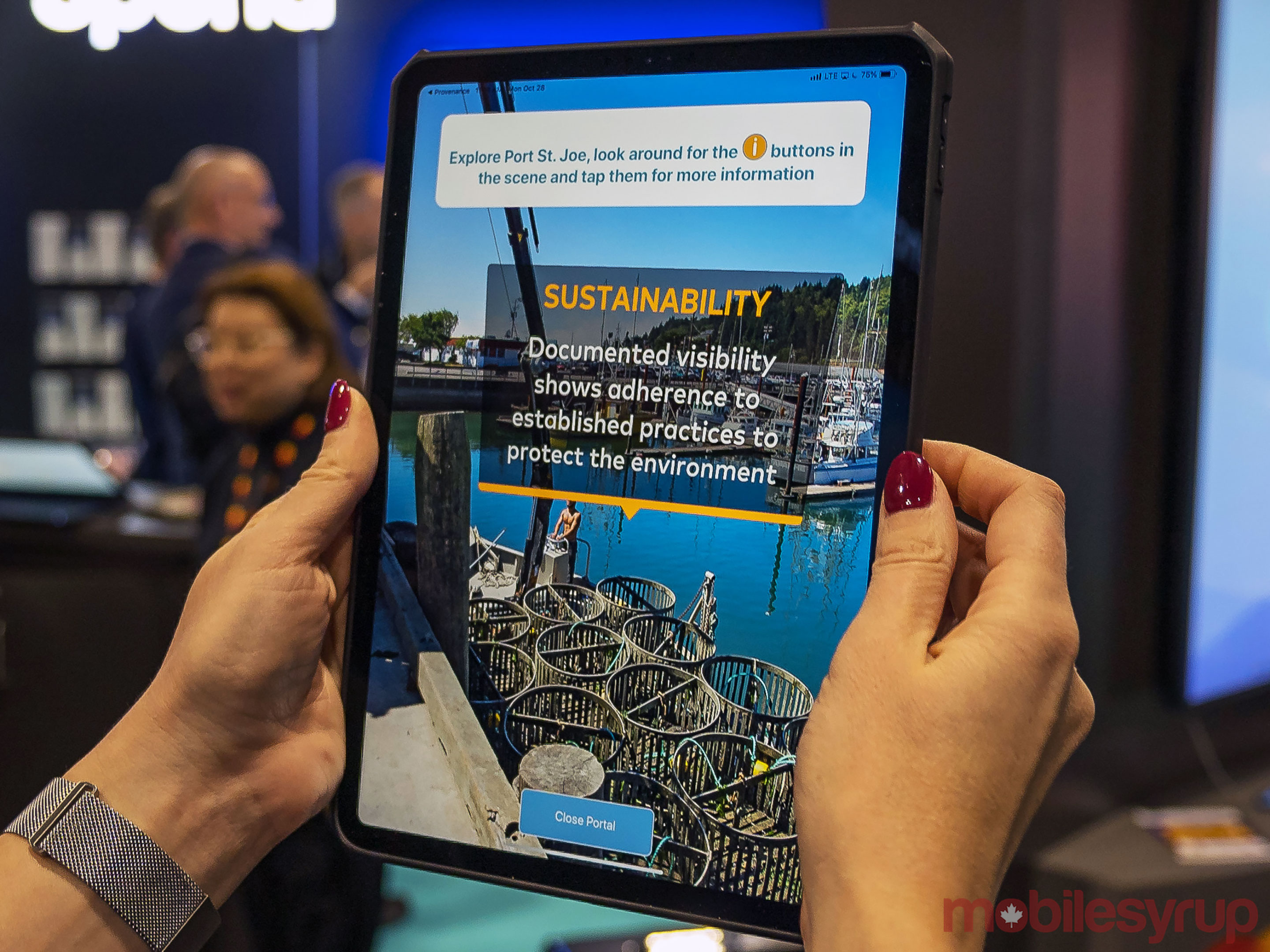 Seafood is the start, but the possibilities are wide-ranging. Other food products, like meat, fruits, vegetables and dairy already come to mind. Barta believes those are natural next steps once the tracing system gains some traction. Even cannabis could qualify for such a system, considering that selection and quality is based on trust over the potency and origin. Not surprisingly, no one commented on that.

It could also apply to other consumer goods that may have ethical strings attached. For instance, textiles have long been associated with poor working conditions in Third World countries, making it possible to view the garment’s journey from manufacturing to retail.

The same is true of electronics, given how controversial supply and demand has been for gadgets worldwide. Mastercard also believes it could also eventually fight the problem of knockoffs for luxury goods.

For Canada, there’s no word on when something like this might cross the border, but it’s not out of the question because grocery chains and distributors can choose to implement it as it evolves. Time will tell if, or when, that happens.

The post Want to know where your food comes from? Your phone may soon find out appeared first on MobileSyrup.