Twitter to ban all political advertising, starting in November 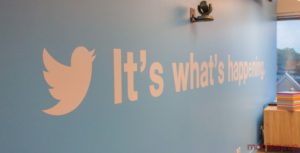 Twitter has announced that it will ban all political advertising starting November 22nd.

In a Twitter thread, company CEO Jack Dorsey noted this is a platform-wide, global ban.

We’ve made the decision to stop all political advertising on Twitter globally. We believe political message reach should be earned, not bought. Why? A few reasons…

According to Dorsey, the ban will include candidate and issue ads, although some ads will be exempt, such as those promoting voter registration.

Later in the thread, Dorsey noted that this decision “isn’t about free expression,” and is instead about stopping candidates from simply throwing money around to gain followers. “Paying to increase the reach of political speech has significant ramifications that today’s democratic infrastructure may not be prepared to handle,” said Dorsey.

The new political ad policy will be released to the public in full on November 15th, according to Dorsey.

Twitter’s approach to political ads is in stark contrast to fellow social media giant Facebook’s. Earlier this week, the social network doubled down on allowing political ads to be run from all kinds of parties.

“We shouldn’t become the gatekeeper of truth on candidate ads,” Nell McCarthy, Facebook’s director of policy management, wrote in an op-ed in USA Today.