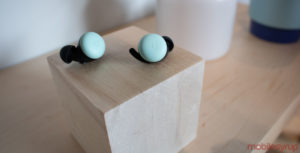 If you head to the Google Store website, you can find the new Pixel Buds under the ‘Accessories’ tab. The site reveals some details about the Buds, such as access to Google Assistant.

Unfortunately, it doesn’t say much that we don’t already know. The site also doesn’t list any Canadian pricing either.

Instead, the Google Store simply provides a button so users can join the waitlist to receive further details when they come available.

On the upside, the appearance on the Canadian Google Store suggests the buds will launch in Canada. They aren’t due out in the U.S. until spring 2020, so we likely won’t see them in Canada until after then.

You can check out the Pixel Buds website here.