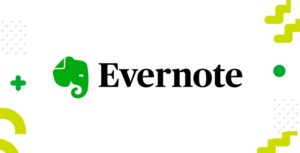 Evernote has had a dark mode for a while on both iOS and Android, and now the iOS version of the app supports the iOS 13 system-wide Dark theme toggle.

The app is a cloud-based note-taking app that offers users an easy way to organize their notes, and it also offers a ton of custom layouts to make notes for things like grocery lists, budgets and more.

This is a nice change for iOS, but the Android version of the app still doesn’t support its respective operating system’s system-wide toggle.

You can download Evernote for iOS for free on the App Store.