Google is steadily bringing dark mode to more and more of its apps. Most recently, Maps began showing signs of an impending dark mode.

While Google Maps already offered a configurable dark mode for navigating at night, it has kept a light theme for the rest of the interface.

That may be set to change, however, as glimpses have turned up in the interface. Android Police reports that Maps Preview and Maps Beta 10.27 both display signs of dark mode, with certain aspects of the app turning dark. 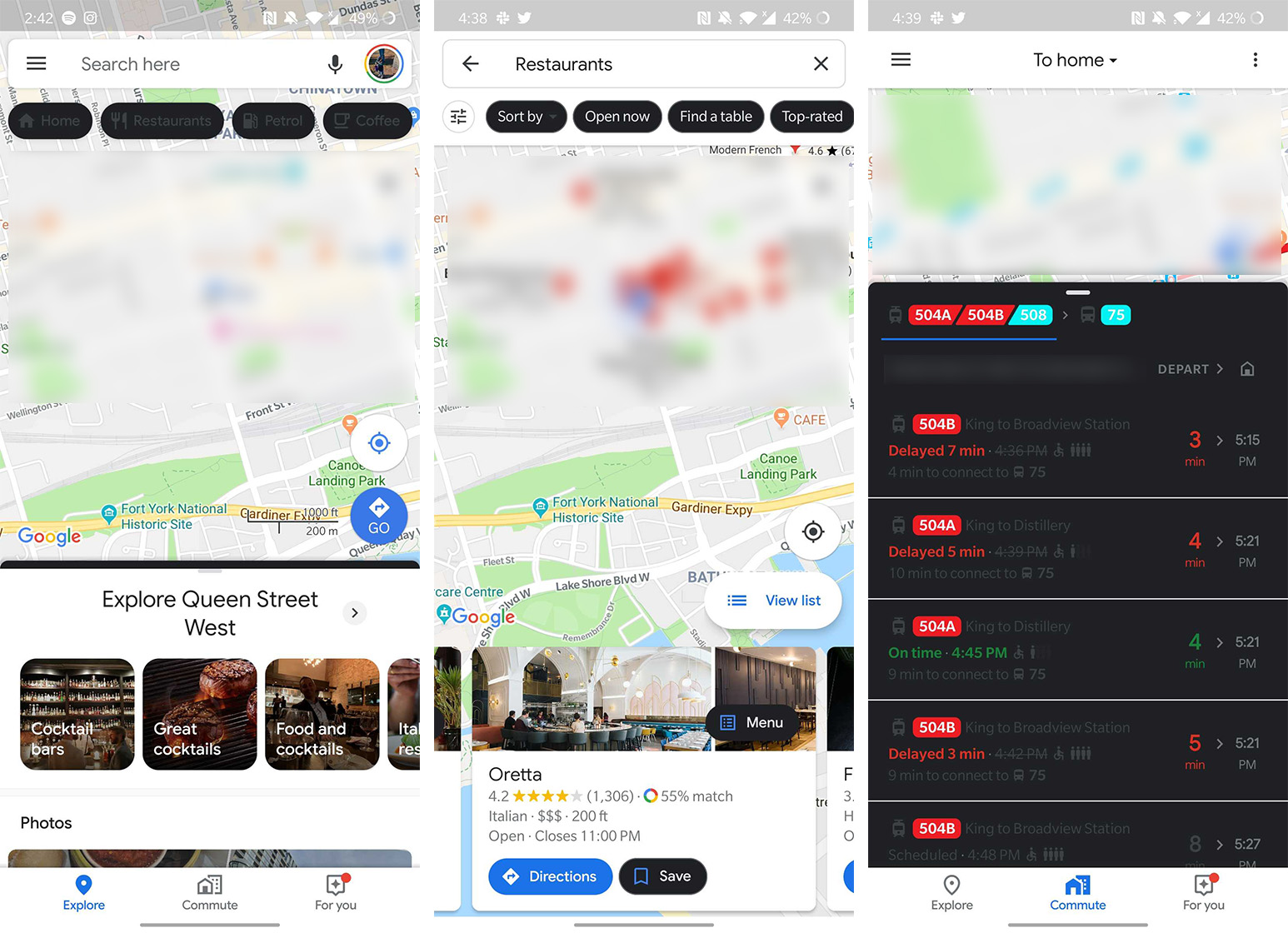 However, the feature is clearly still under construction. Only certain buttons and menus feature dark mode and, at the moment, most of those sections still have black text. In other words, it’s not usable.

It’s worth noting that we’ve spotted this half-baked dark mode on the stable Google Maps app on a OnePlus 7T as well.

Dark Theme delivers on #Android10. Try it, your

Further, Google has already given us a look at what the Google Maps dark mode will look like. It featured Maps in several of its Android 10 promotions, including one on Instagram that clearly shows off the dark mode.

Hopefully it isn’t too much longer until dark mode rolls out to Maps.