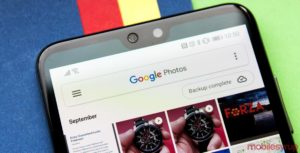 Google is testing out a variety of new tweaks to the Google Photos app, including a new in-app messaging feature, a revised ‘Memories’ format and more.

The Google Photos app is a cross-platform photos library app that users can download on iOS and Android and use on the web.

App reverse engineering specialist Jane Manchun Wong has revealed that Google is working on expanding its group sharing function with a more chat-like interface instead of the comment-based interface that it currently has.

The update adds a new group sharing button to the share menu in the app. When you tap on it, your photo is sent to selected users and then you and your friends can chat about it.

Two new changes are coming to the recently released Memories feature. Memories is a new section along the top of the app that surfaces pictures and videos from this day in the past. One of the latest updates will let you hide specific days from this feature. The other new feature will show users a week from the past instead of just a single day.

Beyond pictures, a few features are coming to the video aspect of the app. The first change is relatively small, but it lets users pinch to zoom when they’re watching videos. Beyond this small change, Google is adding in two new video editing tools. Wong only shared a screenshot of this process, but it looks like there are a new stabilization button and a rotating option.

Google is renaming the ‘Assistant’ tab to ‘For You,’ which should help more users know what it’s about.