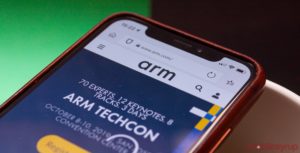 ARM announced at its TechCon event that support for custom instructions will come to its new Armv8-M CPUs and possibly more of its products in the future. The technology could open up avenues for more powerful Internet of Things (IoT) devices and could make its way into future smartphones.

For those unfamiliar with ARM, it’s the company that designs the processors that power things like your smartphone or smart home. Manufacturers like Qualcomm and Huawei design chips with ARM cores.

Typically, CPUs accomplish tasks through instructions they take from memory. Instructions often come in a sequential order. In ARM’s case, because the chips serve a broad number of products, the standard instructions are generic. For example, developers need to use multiple simple instructions to accomplish more substantial, complex tasks.

Custom instructions, however, allow manufacturers to develop more specific, tailored instructions that could be more efficient for a given function.

While ARM isn’t developing the tech for smartphones, it could prove useful for handsets with additional sensors or artificial intelligence applications.

However, there are also potential fragmentation issues — developers need to know that code written for one device will work on another as well. Further, custom instructions usually require a lot of integration between hardware and software components, custom compilers and debug tools.

ARM plans to make the development process simple by leaving the standard instructions intact and running the new instructions alongside them.

Finally, ARM will also adopt a governance model for its open-source MBed OS for IoT platforms. MBed’s future will be partially influenced by direct feedback from hardware partners.

The ARM Cortex M33 processor, due out in the first half of 2020, will have support for custom instructions at no additional cost to licensees. Coupled with the new MBed OS governance input model, we could see some exciting new improvements to efficiency, security and performance.