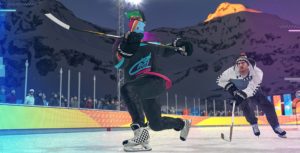 Sony has revealed an NHL 20 PlayStation 4 Pro bundle is coming exclusively to Canada on September 13th.

While the PS4 Pro and accompanying DualShock 4 controller come in standard black, the bundle does include a copy of NHL 20.

According to EA, NHL 20 features new Signature Shots inspired by NHL players’ real-world shots, on top of more than 45 new shot types across all athletes. Further, the game will offer all-new broadcast visuals and commentary and more than 1,100 new customization options for players’ clubs and characters.

This isn’t the first time that Sony has dropped a Canada-only NHL bundle. Last year, the company released a similar bundle containing NHL 19, although that package included a standard PS4, not the PS4 Pro.