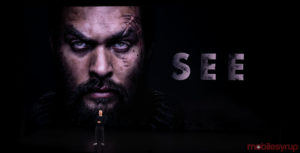 During its iPhone fall event, Apple revealed that its TV+ video streaming service will launch on November 1st at a cost of $5.99 CAD/month.

A free seven-day trial will be offered, while those who buy an iPhone, iPad, Apple TV, iPod Touch or Mac can receive a free one-year subscription. Meanwhile, the $5.99 monthly cost will offer access to the service to up to six users.

Apple also took the opportunity to reveal the full list of original programming that will be available on the service. At launch, Apple TV+ will feature the following nine series:

Beyond these nine debut shows, Apple says additional series will be rolled out to the series each month.

Apple hasn’t confirmed specific release windows for any of these post-launch shows, but here are some of the other Apple TV+ originals that Apple recently detailed:

Other Apple TV+ programming in the works include:

All of these shows will be available from the TV app across all Apple devices.

The post Here are all of the shows hitting Apple’s TV+ streaming service at launch appeared first on MobileSyrup.