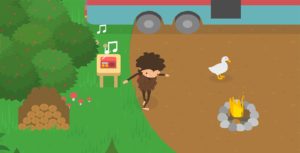 Apple has revealed more of the games coming to its Arcade on-demand mobile game subscription service, and several of them are made in Canada.

Apple Arcade launches on September 19th at a cost of $5.99 CAD/month and will feature a library of over 100 mobile games.

The titles will be playable across iPhone, iPad, Apple TV and Mac.

During its fall iPhone event, Apple revealed more games that are coming to the service, including:

Apple says all of these titles are debuting on Arcade, although specific release dates for each were not confirmed. As part of the subscription, each game will be free of ads and feature no in-app purchases.

Other titles slated to come to Apple Arcade at some point include the mysterious Fantasian from Final Fantasy creator Hironobu Sakaguchi, adventure game Hot Lava from Vancouver-based Klei Entertainment and a Sonic Racing title from Sega.

MobileSyrup will have more on Apple Arcade in the coming days.