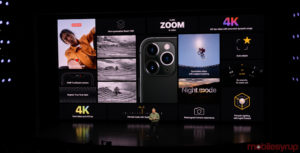 The most significant change with the new iPhone Pros is the camera. Both models sport three cameras on the rear of the device, compared to two on the previous models. 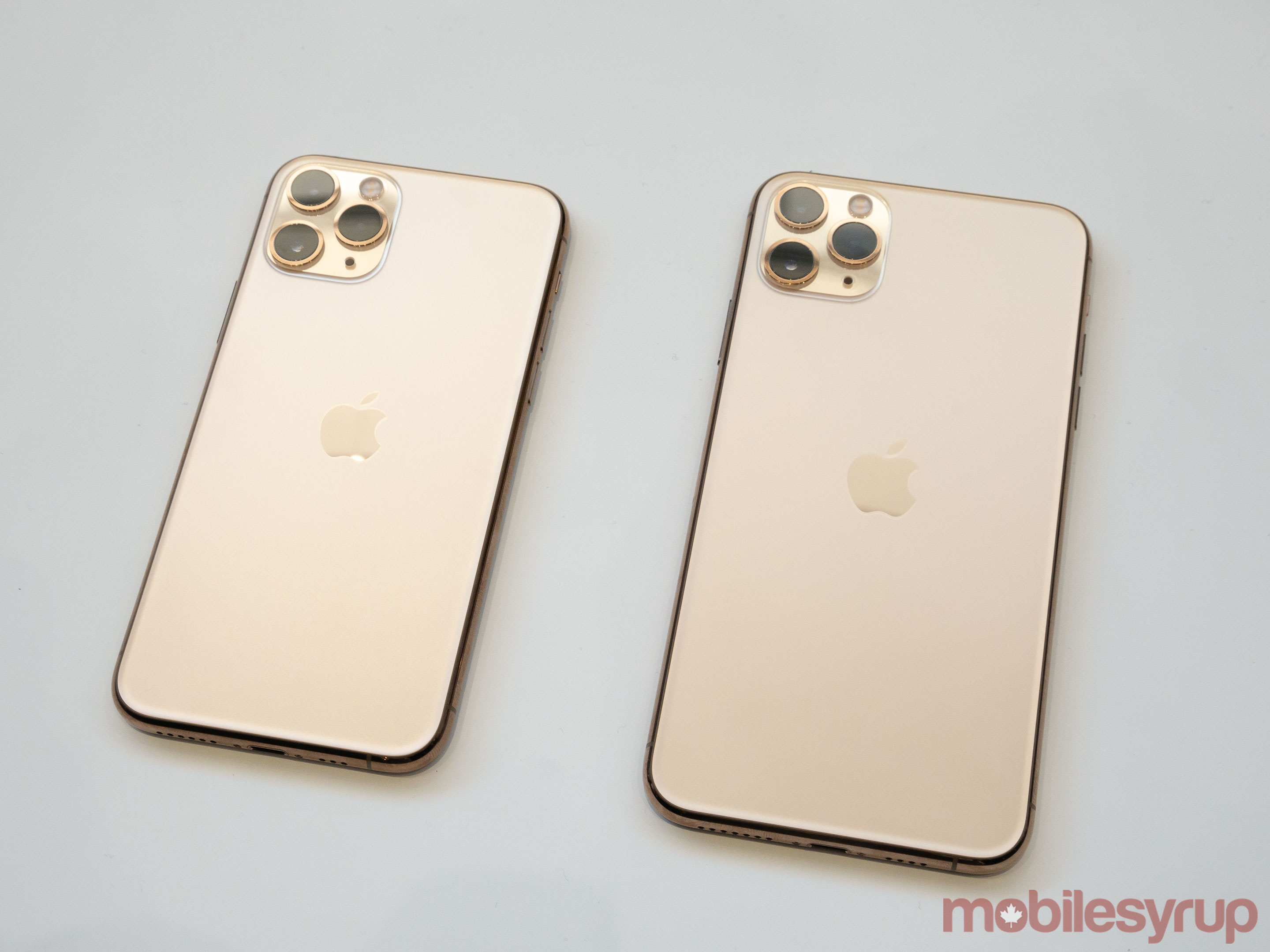 Also of note, Apple talked up its ‘Deep Fusion’ computational photography tech, which takes up to nine photos and stitches them together to improve detail, colour and more. The iPhone Pro will take a mix of short-exposure and long-exposure images to make this happen and sorts through 2.4 million pixels with its neural engine to highlight details.

As well, Apple has refreshed its Face ID system on the new iPhones, making it faster than before. It also added improved performance at varying differences and angles.

Faster across the board

Along with significant changes to the camera system, the new iPhone Pro and Pro Max sport major speed improvements thanks to a new chipset and an included fast charger.

The iPhone Pro and Pro Max sport Apple’s latest A13 processor, which the Cupertino-based company claims is its most efficient chip to date. It uses 7nm transistors and squeezes 8.5 billion of them on the chip. 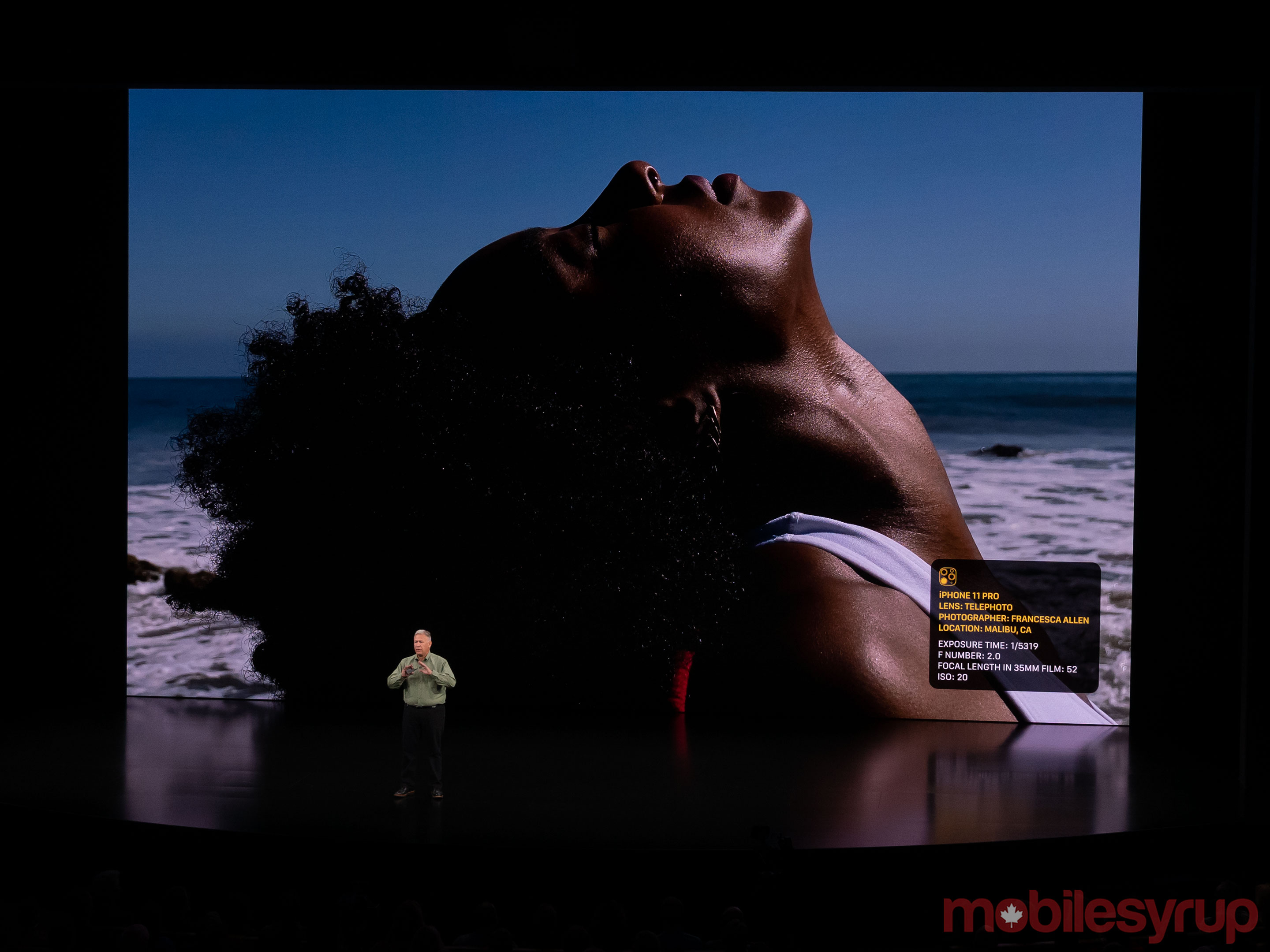 The A13 also has better thermals for longer sustained performance. In other words, the iPhone Pro and Pro Max should be able to operate at a high level and do so for longer.

When you do need to charge up, the iPhone Pros include a fast charger in the box (finally) so users can power up quickly.

Apple also added a new ‘U1’ chip with ultra wideband technology for spatial awareness. According to an Apple press release, iOS 13.1 — due out on September 30th — will utilize the U1 chip to add directionally aware suggestions to AirDrop.

Apple talked up the refined design of the iPhone Pros at its event. It isn’t a significant departure from last year’s iPhone, but there are subtle changes where it counts. It uses “surgical grade” stainless steel and the rear glass panel is machined from a single piece. It features a ‘PVD’ coating for a matte texture finish and comes in ‘Midnight Green,’ ‘Space Grey,’ ‘Silver’ and ‘Gold.’ 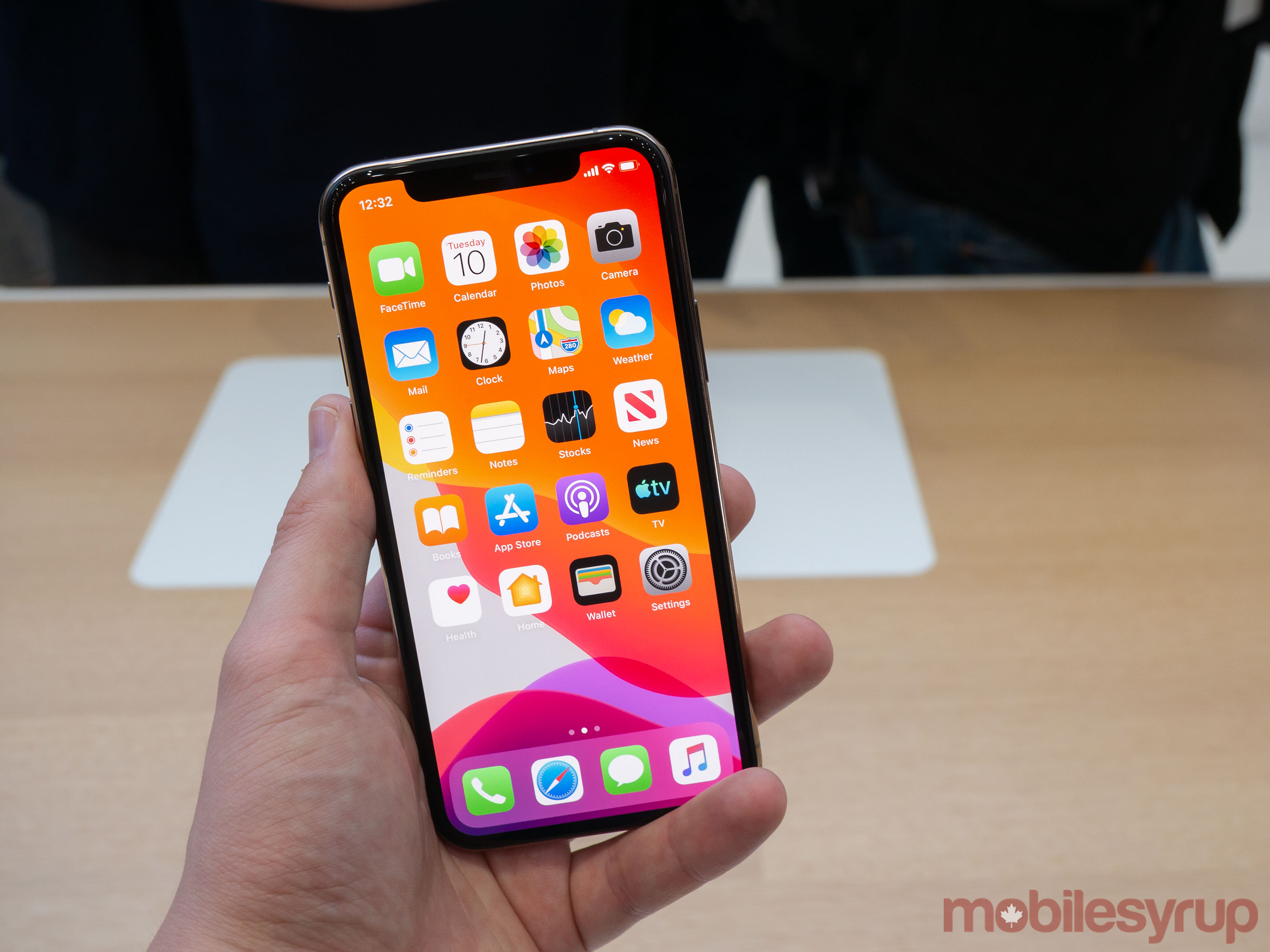 If you trade-in an old phone, Apple says you can buy the iPhone 11 Pro and Pro Max for $889 and $1,029 respectively. More details for that should be on Apple’s website.