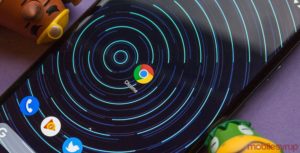 Chrome Story spotted the update to the Canary channel of Chrome, its experimental pre-release stream for testing out new features. The update brings the total number of themes up to 20 and adds an option for users to change themes while customizing the new tab page.

Along with adding the new theme options, Google revamped the look of the theme selector. Previously, it showed a small preview of how Chrome would look with each theme. Now, the theme selector just displays a circle for each theme depicting the two colours used throughout the theme. The change also helps pack more themes into each row.

As for the actual customization process, the update makes things more streamlined. Now, users can customize the look of Chrome in one spot, from themes to backgrounds and more.

Chrome Canary now offers several options for users to pick when it comes to backgrounds, with many choices seemingly sourced from the same wallpaper collection available to Pixel users.

Further, Chrome offers a way for users to customize which links are available on a new tab page. Users can choose to curate their own list of shortcuts or let Google create shortcuts based on frequently visited websites.

Finally, Chrome Canary includes some new code that suggests users will soon be able to install or remove third-party themes from this new customization screen. However, it’s not yet clear if or when the feature will arrive.

If you want to try out these new features for yourself, you can download Chrome Canary for free here. Otherwise, we’ll likely see the new customization options in the official Chrome 77 release in the coming months.