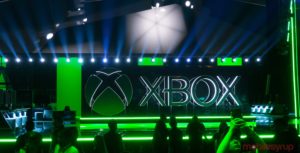 Microsoft has kicked off an Xbox ‘Super Sale’ that discounts more than 700 Xbox games and add-ons by as much as 70 percent. Further, the promotion offers up to $80 off Xbox One consoles.

Below is a round-up of some of the most notable deals:

These deals are valid from July 17th to the 29th.

The full list of Super Sale offers can be found here.

The post Xbox ‘Super Sale’ offers up to 70 percent off 700 games, up to $80 off consoles appeared first on MobileSyrup.