Samsung Galaxy Watch Active 2 to sport ECG, but not until 2020 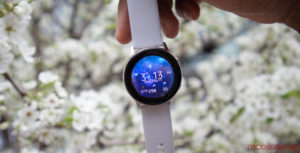 A new report from Wareable corroborates with previous leaks indicating the Galaxy Watch Active 2 will feature an ECG. However, the publication also provided even further details. Wareable sources say that the FDA has yet to give Samsung approval for its ECG technology. The support won’t come until some time in the first half of 2020, according to the leak.

Additionally, Wareable’s sources claim that the smartwatch will come in three models including an LTE model, a Bluetooth-only model and an Under Armour version that’s also Bluetooth only.

All three models will reportedly come in both 44mm and 40mm size variants.

Reportedly the LTE model comes with stainless steel casing and a leather strap and will sport colour variants. The Bluetooth models will feature an aluminium finish that’ll come in dark blue, silver and rose gold.

The Samsung Galaxy Active 2 will reportedly launch alongside the Note 10 on August 7th.

The post Samsung Galaxy Watch Active 2 to sport ECG, but not until 2020 appeared first on MobileSyrup.