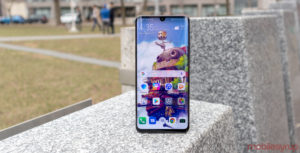 Huawei has confirmed to MobileSyrup that it is bringing the Amber Sunrise P30 Pro to Canada.

Additionally, early buyers will get a free Huawei Watch GT Active with their handset. The smartwatch is available while supplies last.

Huawei launched the P30 Pro earlier this year. The device is one of 2019’s top flagships so far.