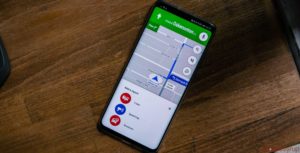 New Yorkers can use Google Maps to locate nearby bike shares, but now that feature is expanding to more cities and countries, including Toronto.

Starting July 17th, an update to Maps will bring bike share locations to the app in a total of 24 cities in 16 countries. Users can simply type in ‘bike share’ in Maps and see how many bikes are nearby.

Additionally, Google says Maps will even show if there’s an empty space near your destination to dock your bike.

The feature will come to or is already available in Maps on iOS and Android in the following cities, with more to come at a later date: