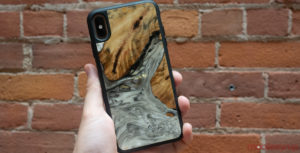 If you’ve been a longtime MobileSyrup reader, you’ll know I’m a smartphone case fanatic. If a company offers me a case to test out, I’ll often more than likely say yes.

So when Carved, a manufacturer that constructs smartphone cases out of wood, reached out, I jumped at the chance to test out one of the accessory maker’s enclosures. I was also already somewhat familiar with Carved’s products because a couple of years ago my partner purchased me a remarkable Carved sailboat case for my Nexus 4 that I was a big fan of. 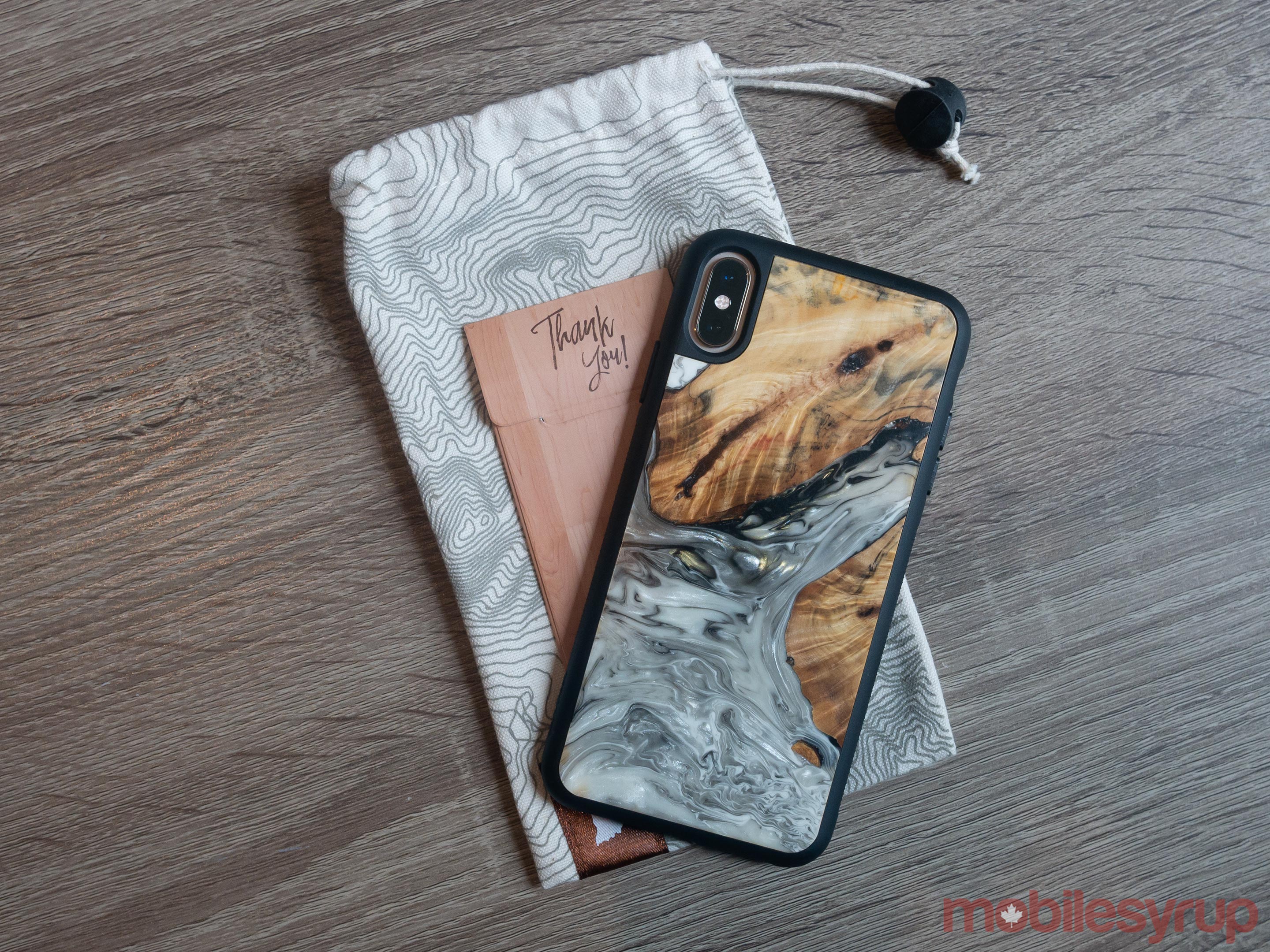 Carved’s new cases are a little different, though. Each enclosure is made of a combination of wood burl — strange growths that sometimes appear on trees — and coloured resin. Further, every case is created by hand, “one at a time,” according to Carved.

There are three different types of button covers if you select the wrap-around ‘Live’ wooden cases: ‘Titanium,’ ‘Brass’ and ‘Black Anodized Titanium.’ 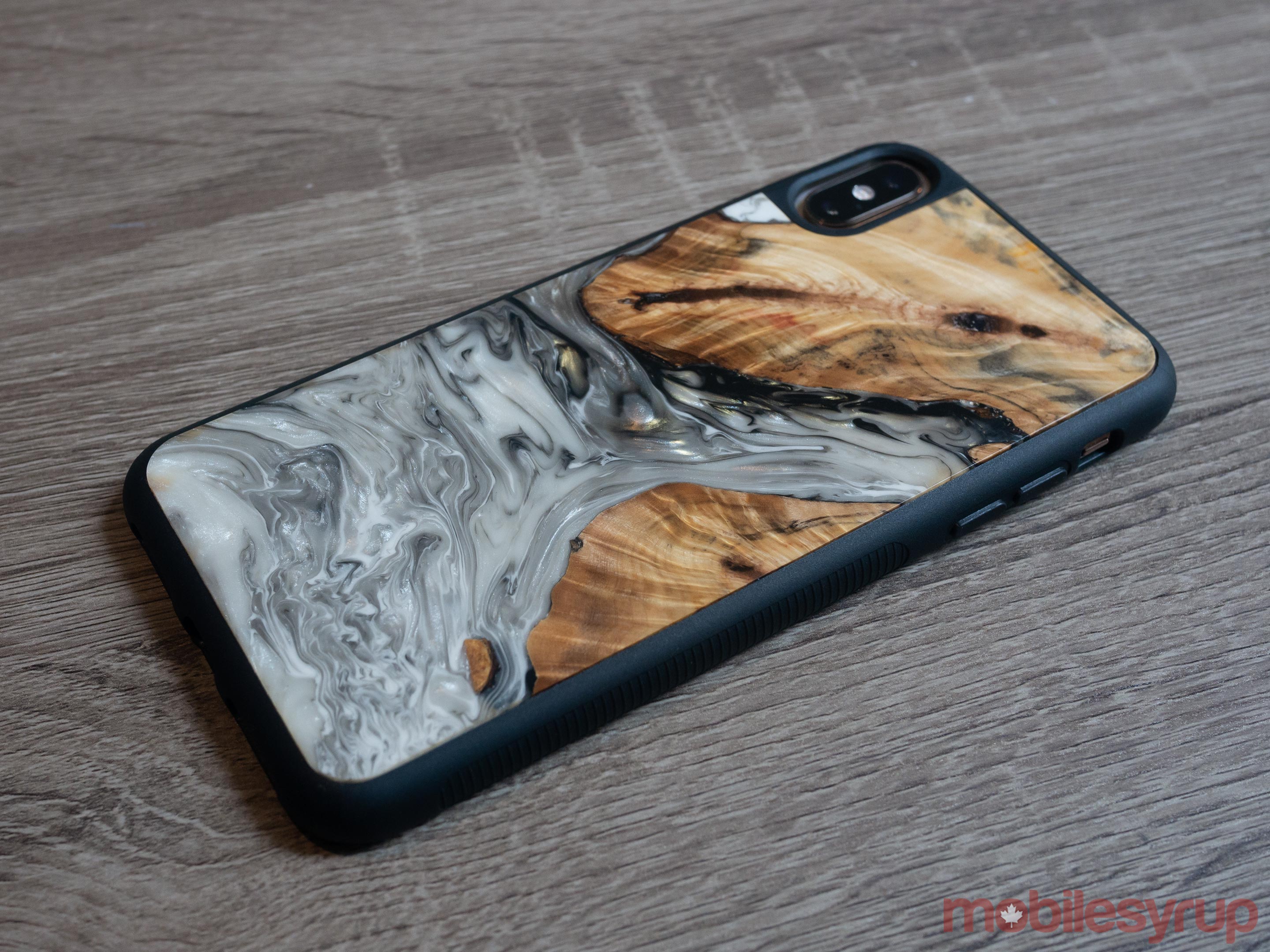 Also, each block of cases features unique patterns and colours and are available for a limited time. For example, Carved’s Live Edge dases typically take between seven and 10 days to create and sell out pretty quickly. The company releases each new “block” of Live Edge cases at 11am ET every weekday.

There are other case options as well, including the one I received, Carved’s ‘Wood+Resin‘ case ($65 CAD), as well as Adventure ($52), Lumea ($60), Naturals (starting at $39) and the aforementioned Live Edge variation. The particular case you’ll see pictures of in this story is a $65 ‘Gaylene’ Wood+Resin enclosure. 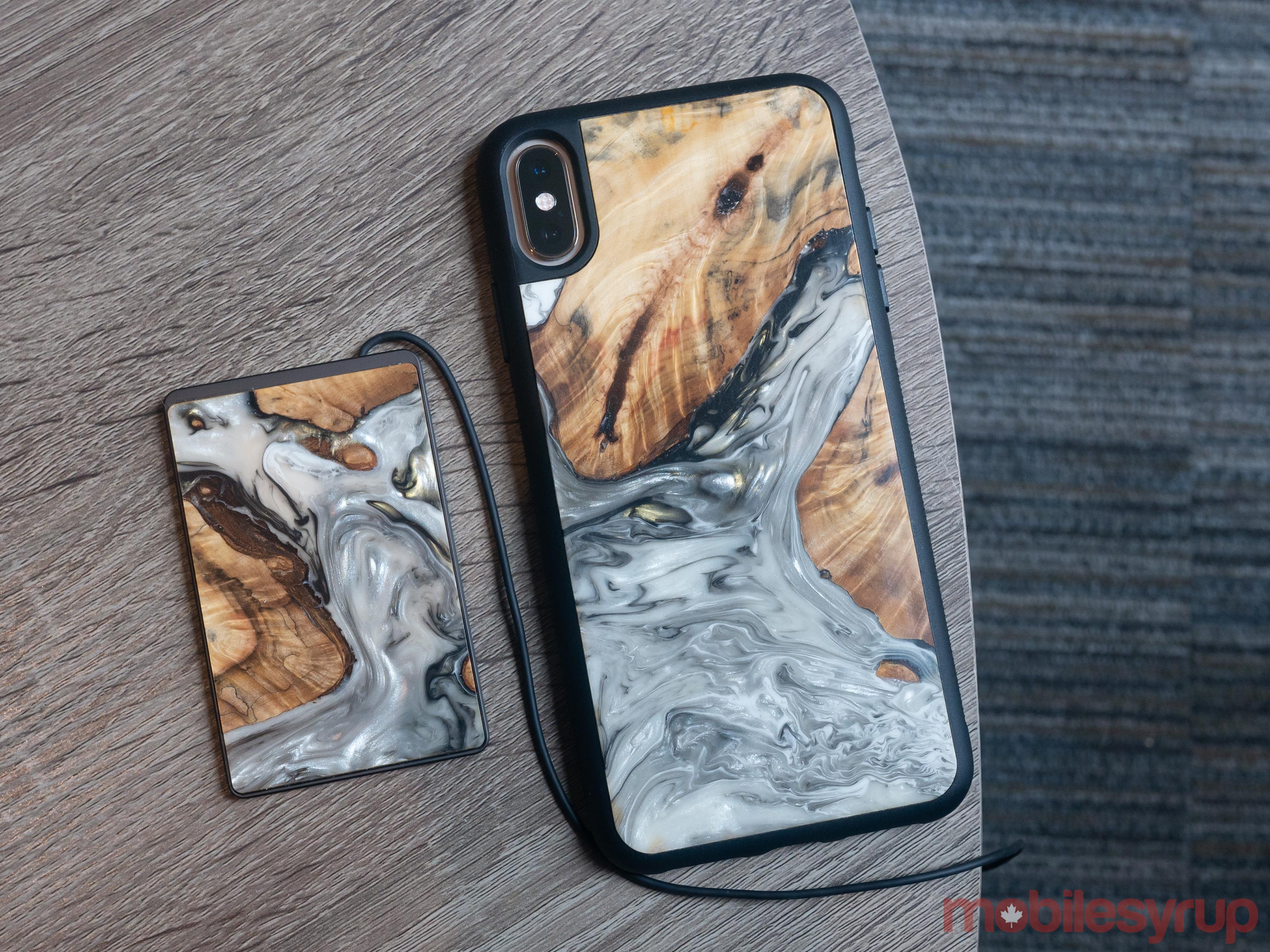 With Live Edge cases being the only exception, Carved’s enclosures are available for nearly every recent major smartphone, including the iPhone XS Max/iPhone XS, Galaxy S10/S10+, Pixel 3 XL/Pixel 3, Huawei P30/P30 Pro and many more.

It’s also worth noting that Carved offers a one-year warranty on all cases related to damage, with one free replacement.  The company does acknowledge that owners should be a little more careful with its smartphone enclosures when compared to other case manufacturers, given that its products are manufactured of mostly wood and not silicon or plastic.

For instance, Carved says its cases don’t react well to significant changes in temperature and humidity. 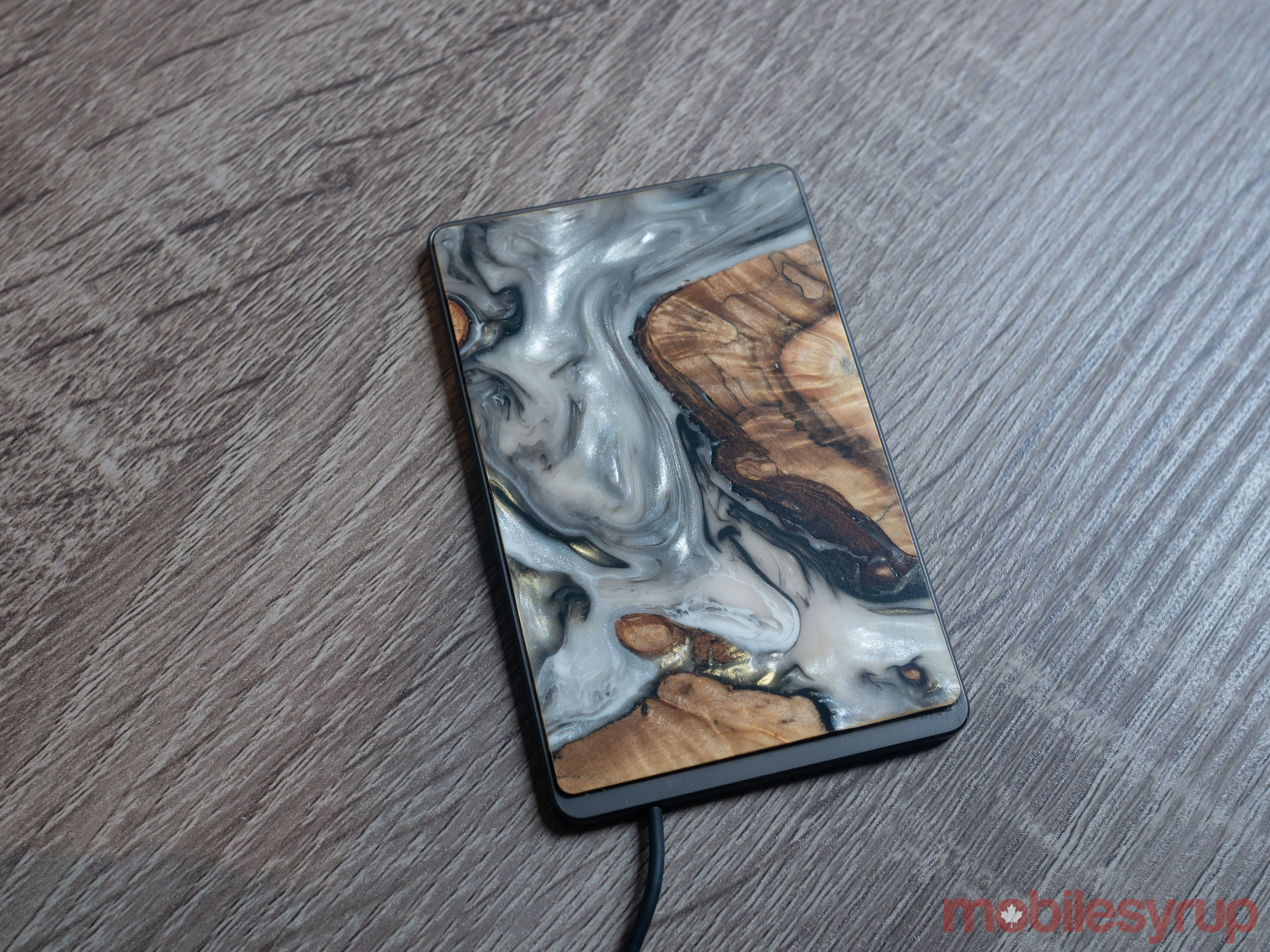 In general, I’m impressed with the quality of the Wood+Resin case I’ve been using for the last few days. I’m also glad I didn’t end up with a Live case because I have a feeling the wrap-around wood wouldn’t be as durable as the firm silicon edges of the Wood+Resin variation, especially since I drop my phone quite frequently.

Along with cases, Carved also sells $65 wood and resin Qi wireless chargers that are capable of outputting at 5w, 7.5w and 10w of charging power. While the accessory maker’s Qi chargers are undeniably cool looking, they seem to charge devices rather slowly, similar to other wireless chargers.