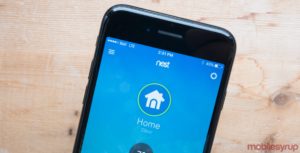 The latest v5.37 Nest app pulled the plug on its wearable companions, according to 9to5Google.

Now, tests show that opening the Nest app on Wear OS would lead to a prompt saying: “Nest is no longer supported for Wear OS.”

The iOS Nest app has wiped any mention of its watchOS sibling. In the Google Play Store, the listing still retains a couple of screenshots of the now-dead Wear OS app.

With Nest out of the action, 9to5Google stated that Google Keep is now the only watchOS app that stems from Google’s software ecosystem.

The publisher also said Nest’s current restructuring and rebranding effort could have led to the sacrifice of its wearable apps. During the Google I/O 2019 keynote, the Mountain View search powerhouse officially renamed Nest as Google Nest, absorbing a once standalone company living under Alphabet into its fold.

That said, it seems that not everyone at Google got the memo.