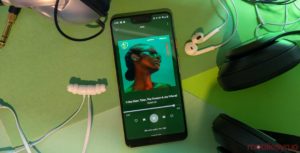 To make all this possible the Lite app strips out some of the extra features and quirks from the full version of the app. Spotify Lite is meant mainly for low powered Android devices, but it works on anything running Android 4.3 or newer.

Things like Podcasts, the looping videos called ‘Canvas,’ playlist folders and more are missing from the new app. For the most part, the app’s core experience is still here. 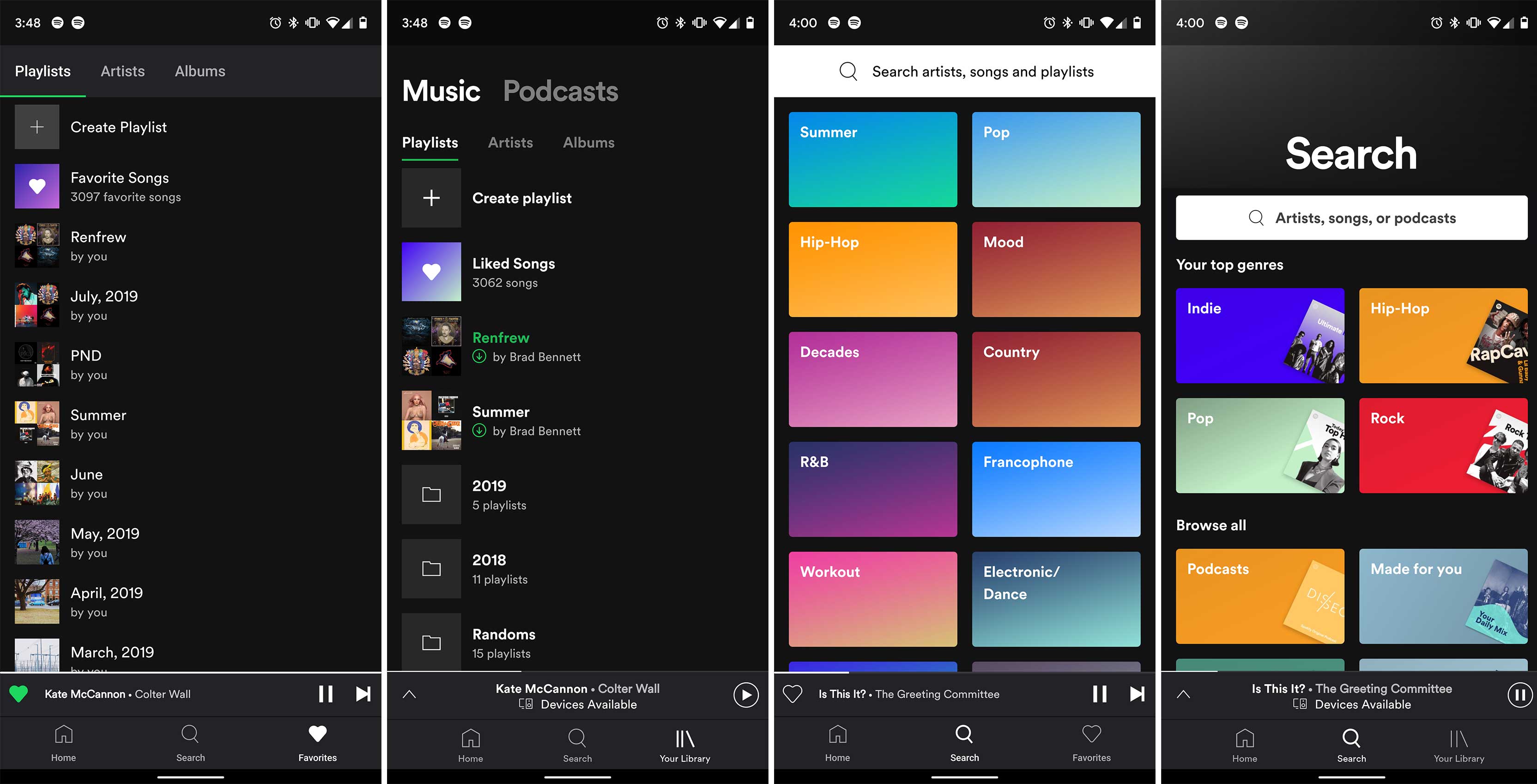 If you don’t use any of the more complex Spotify features this app might be perfect for you since it’s streamlined and in my brief test, it seems faster too.

One of the many handy features that Spotify Lite offers is the ability to set a data cap. You can cap your mobile streaming at 250MB, 500MB, 750MB, 1GB, 2GB or 3 GB. That way you won’t accidentally stream music and rack up your data bill. One weird omission is that you can’t set the cap to reset on the day your plan begins. Instead, it goes from the first of each month to the beginning of the following month. 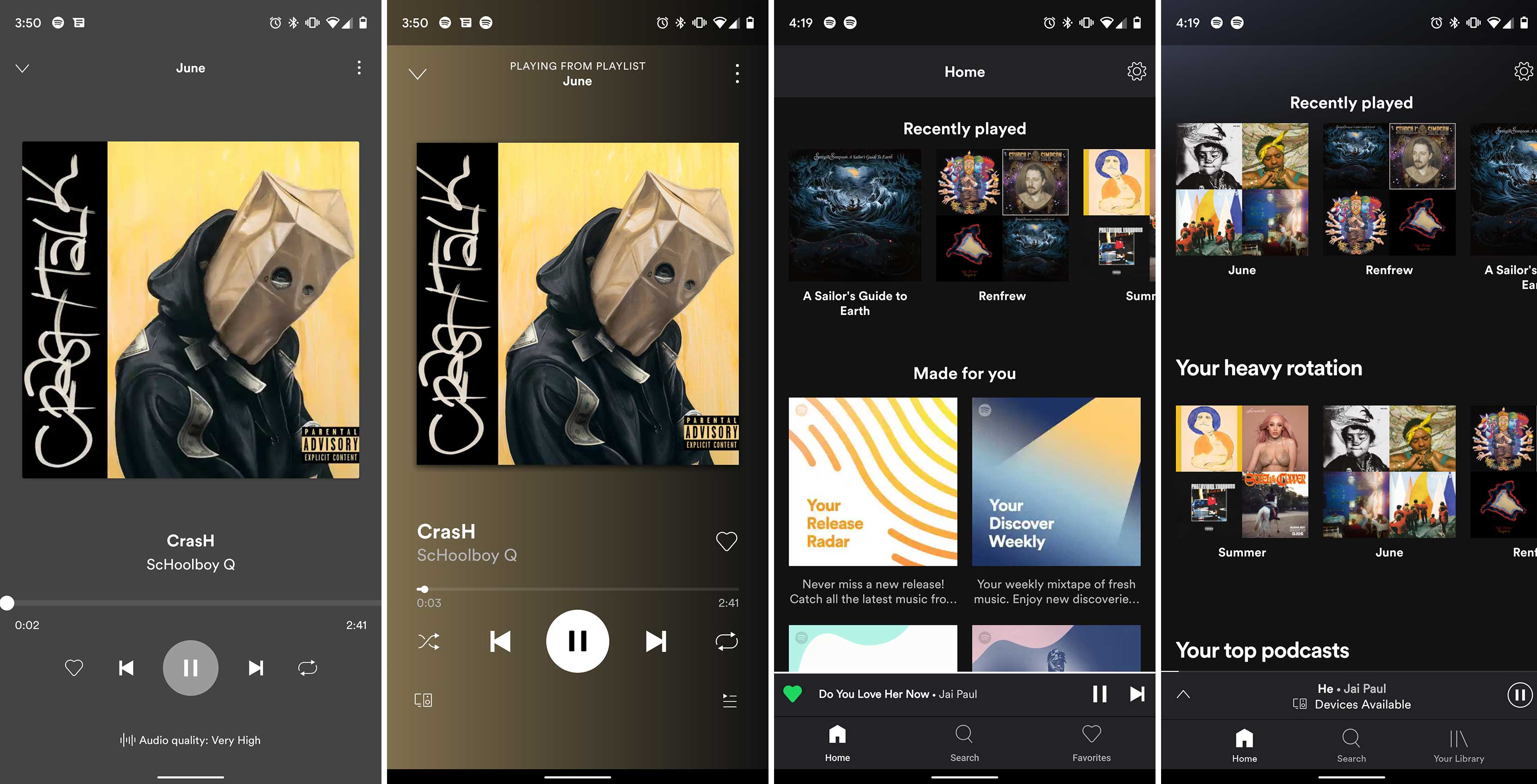 The now playing screen is also a bit more simple in design with the lack of the ‘Spotify Connect’ and the ‘Up Next’ queue features, both of which aren’t part of the app.  The gradient behind the album artwork is replaced with a solid colour in the Lite version as well. This is a small thing, but on the Android Q beta, the app lets users scrub through the current song in its notification shade, which is a nice touch.

The app also makes it easier to select your streaming quality. Under the play/pause button on the now playing screen, there’s a new ‘Audio Quality’ toggle. When you tap on the button, there are four options ranging from ‘Basic’ to ‘Very High.’

The cool thing about the quality tiers on Spotify Lite is it tells you how much data each level uses per song. The regular Spotify app doesn’t quantify the quality of its tiers. 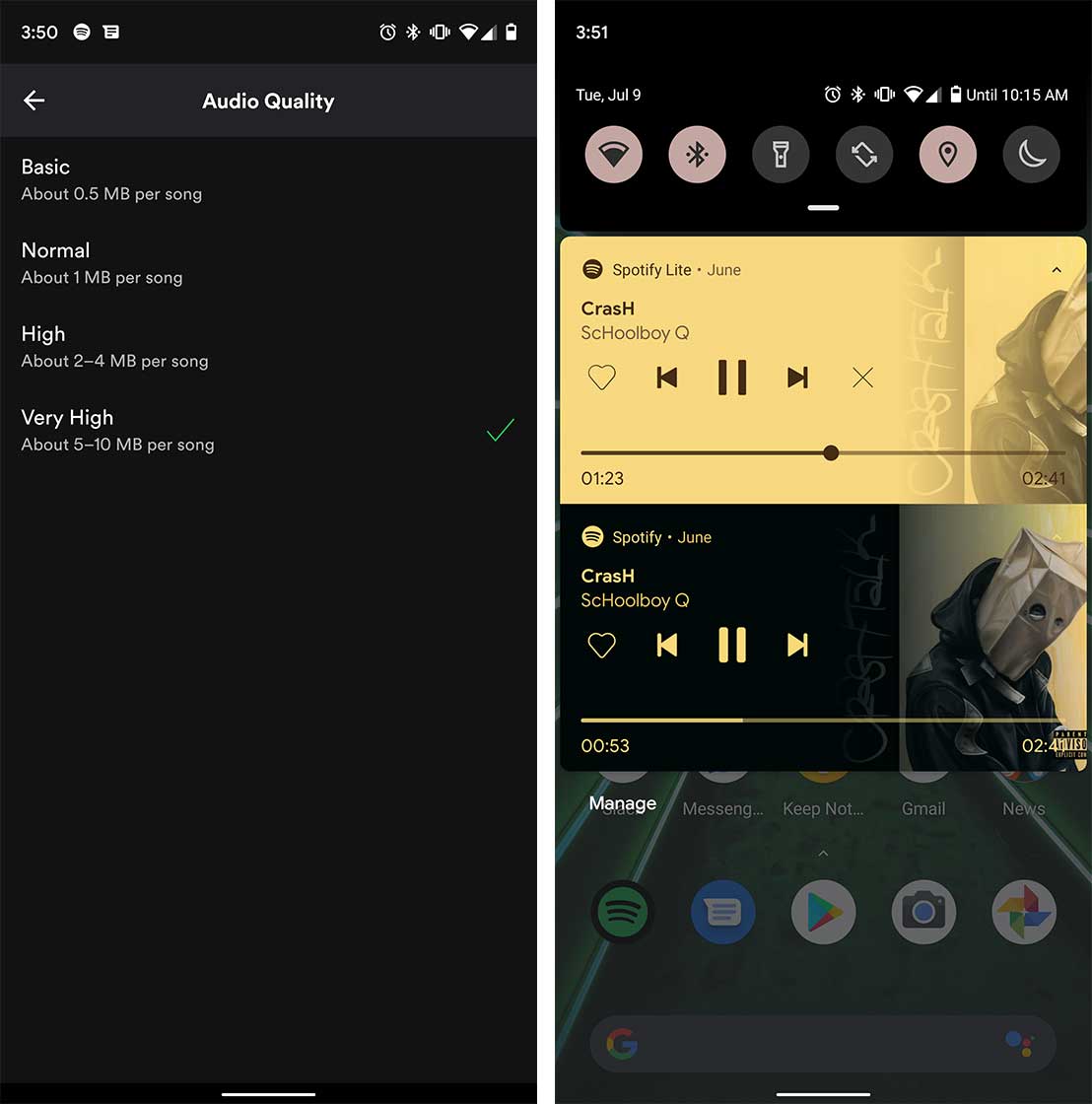 The app is also missing a bunch of other less used features to help it take up less space on your phone. Some notable exceptions are:

You can download the app from the Google Play Store here.

The post Spotify Lite comes to Canada to help you use less data when streaming appeared first on MobileSyrup.